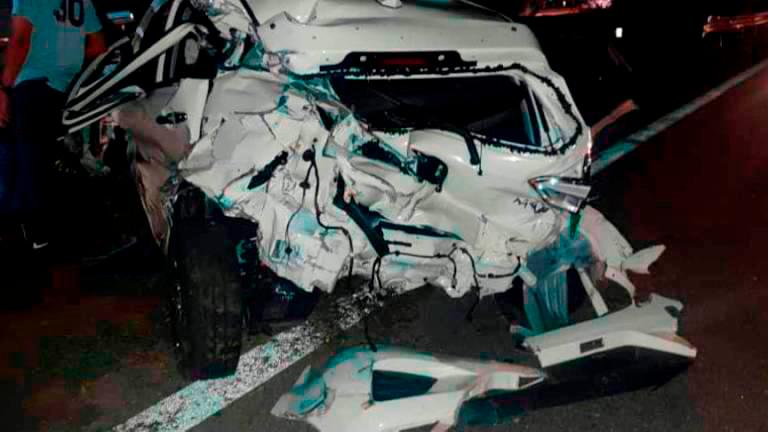 He said those killed have been identified as Proton Iswara driver Adzarul Fadzlie Ahmad Roki, 33, who was burnt to death, Azura Iskandar Mohamad, 32, and her five-year-old daughter Nur Izara Al Aishah Mohd Fairus who were travelling in the Proton Saga car.

The were pronounced dead by medical staff at the scene, he said in a statement today.

He said preliminary investigation found that the incident occurred when that the vehicle driven by Adzarul Fadzlie who was driving alone from Gambang towards Kuantan had lost control of his vehicle before grazing into the Proton Saga driven by Mohd Fairus which was on the left lane.

“As a result of the crash, the two vehicles skidded and veered onto the road shoulder before the Proton Iswara burst into flames.

“Members of the public with information on the accident or who witnessed it are urged to come forward to assist in investigations under Section 41 (1) of the Road Transport Act 1987,” he said.

Meanwhile, Pahang Fire and Rescue Department assistant director (Operations) Ismail Abdul Ghani, in a statement, informed that 16 personnel from the Indera Mahkota, Taman Tas and Kuantan fire stations were deployed to the scene after receiving a distress call at 11.34pm.

He said the body of the trapped adult female victim was removed using a hydraulic rescue tool while the car was 100 per cent burnt. - Bernama