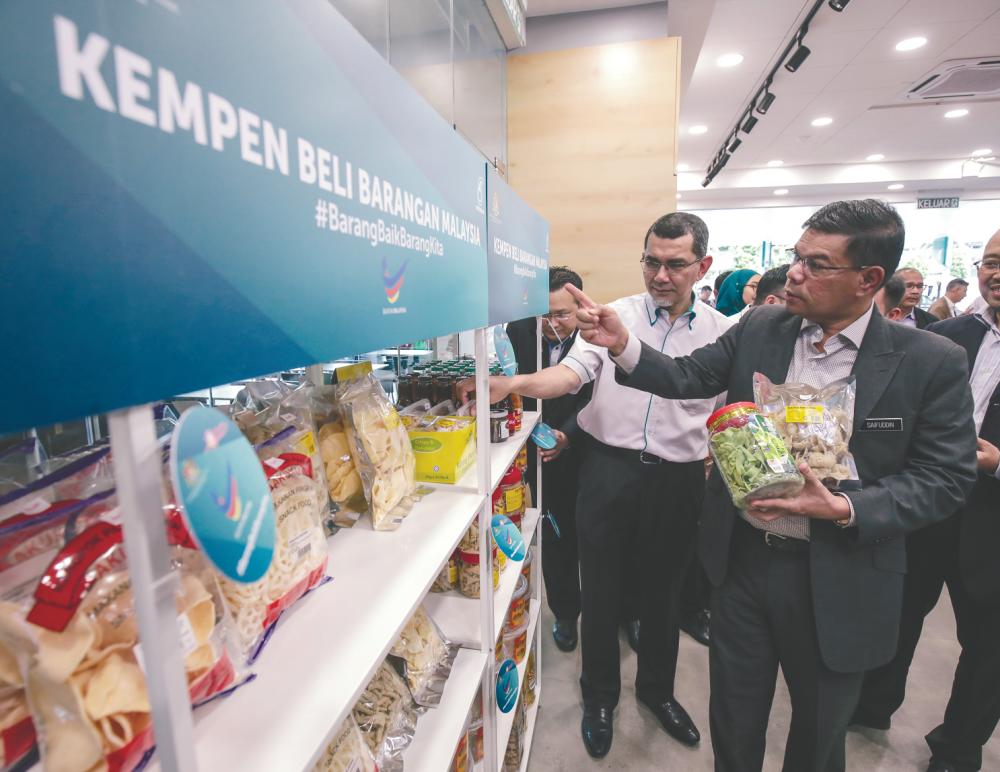 Through this campaign, PDB will jointly promote a range of local F&B offerings at its Kedai Mesra including kerepek, cakes, juices, as well as local staples such as nasi lemak and fried noodles. In addition, PDB will also be incorporating a customised shelf at 100 selected Petronas stations to highlight these Malaysian-made products.

Speaking at the launch, Domestic Trade and Consumer Affairs Minister Datuk Seri Saifuddin Nasution said: “We are pleased to have the support from Petronas to offer an opportunity to our SMEs to market their locally made products while creating greater awareness for this campaign. Ultimately, we want to stimulate domestic growth through increasing the purchase of local goods. This would also help grow local entrepreneurs’ business, especially in this highly competitive marketplace.”

The campaign is also in line with PDB’s Small and Medium Enterprise (SME) programme, which has been established over 25 years ago to support local entrepreneurs’ business. To date, PDB has over 350 local vendors supplying to its Mesra stores nationwide.

Beyond these selected few, the company had also brought in other local suppliers including Nasi Lemak Saleha, kuih muih by Sri Talamaz, sandwiches and lunch boxes by Mas Awana and an assortment of fried noodles by Nora Delights.

PDB managing director and chief executive officer Datuk Seri Syed Zainal Abidin Syed Mohd Tahir said: “As a national oil company, we are always supportive of local businesses and strengthening the domestic economy. Under our SME programme, we have helped many local vendors to penetrate their products to a wider market through our network of stations across the country. Some of these vendors already have market presence at more than 400 of our Mesra stores nationwide.

“With the campaign now fast gaining traction, and more corporations joning the bandwagon, we believe we will be able to combine our strengths to elevate the local business scene,” he added.

For small and medium local entrepreneurs who are interested to join PDB’s SME programme, you may reach out to its Mesralink customer service representative at 1300-88-8181.

Ridzwan, who started his business from home and sold via Instagram in January 2018, approached Kedai Mesra and the rest is history.

“Once my products entered Kedai Mesra, my sales improved tremendously. We recently achieved sales worth RM1 million,” said Ridzwan, adding that Kedai Mesra has a wide customer base.

Doluvo Sdn Bhd chief executive officer Yasmin Karim, who started her business in 2016 by selling “ice cream potong”, has expanded her “popsmalaya” products, ever since she started supplying to Kedai Mesra.

She said the ice bars are available in more than 700 Kedai Mesra and it is the biggest contributor to her business.