Pitfalls, fallacies in embryo testing for health and intelligence 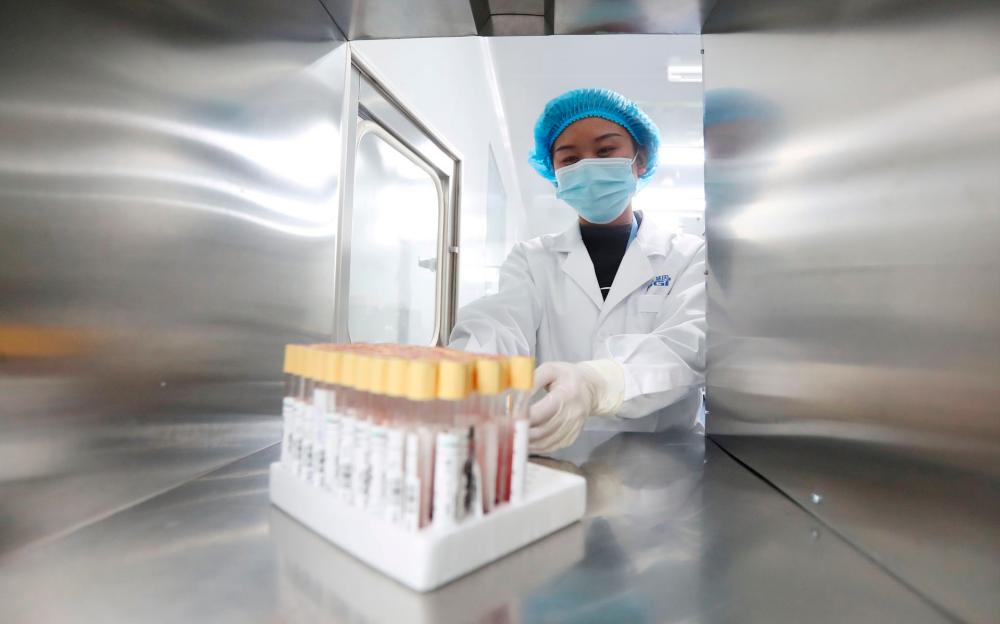 GENETIC testing has recently been a buzz in Malaysia, with reports of new coronavirus strains being identified through genomic sequencing and Malaysian biotechnology companies developing consumer genetic tests to evaluate potential sporting prowess in athletes, as well as screening for hereditary conditions and diseases.

Currently, a highly-controversial development in genetic testing is its use in selecting IVF (in vitro fertilisation) embryos for good health and intelligence, in what is known as pre-implantation genetic testing for polygenic risks (PGT-P).

Because good health and intelligence are complex traits determined by a combination of multiple genes, polygenic risk scores (PRS) are used to estimate an individual embryo’s likelihood of developing an adult-onset, multi-factorial trait by analysing the combination of specific genetic variants within it’s genome.

Because no genetic modification is involved, there are minimal risks as it is basically a technique for picking the “winning ticket” in the “genetic lottery” for good health and intelligence.

However, it must be noted that there is an important distinction between embryo testing and selection to avoid serious harm from known genetic defects and for so-called “enhancement”, such as better health and greater intelligence.

The latter raises a range of ethical concerns and is a highly controversial topic that has evoked much heated debate among healthcare professionals, biomedical scientists, lawmakers and religious leaders.

Nevertheless, in countries with more liberal regulation of fertility treatment such as the US, PGT-P is being aggressively marketed by some private testing companies to IVF patients as being useful in selecting embryos with the least risk of disease susceptibility, as well as best chance of intellectual development in later life.

This is a lucrative business model because parents naturally and instinctively want the best for their children particularly in our hyper-competitive society where intensive private tutoring and the educational rat-race to get into the best schools often start early in life.

Social pressure may make it difficult to resist such genetic testing, especially among the affluent, if this becomes trendy and fashionable among their peers.

They might feel a sense of “guilt” about not giving their offspring the best start in life by not doing such genetic testing, which in turn makes “autonomous choice in medical treatment” an illusion.

Hence, it is imperative to critically examine the various ethical and moral pitfalls, as well as technical limitations of embryo genetic testing for optimising good health and intelligence.

Most disturbingly, this could lead to the non-judicious use of IVF and other clinical assisted reproduction procedures, which were originally developed and intended for treatment of infertility.

Healthy and fertile couples might deliberately choose to have a child via IVF, just to avail themselves of such opportunities for embryo testing and selection, so as to optimise the health and intelligence of their offspring.

Not only are such treatments expensive, but these are also highly invasive and risky.

Hence, unnecessarily subjecting healthy and fertile patients to such gruelling medical procedures just for the sake of genetic testing and selection of embryos via PGT-P, must be considered “bad medicine” and clinical malpractice.

Even in the case of patients with genuine fertility problems, PGT-P would place undue pressure on a woman to unnecessarily undergo multiple IVF cycles to produce excess embryos for genetic testing and selection.

This could therefore add unnecessary stress and confusion to the already difficult IVF process, as well as encourage patients to discard embryos unnecessarily, which would thus detract from the primary objective of conceiving a child in fertility treatment.

Then there are also psychological and social issues. After spending so much money, parents may start to have unrealistic expectations of their “specially-selected” offspring.

Children born through such procedures may have disturbing feelings of being treated like a “lab rat” in an experimental breeding programme and that their parents do not love them unconditionally for who they are.

Being such a lucrative business model, fertility clinics and doctors may be tempted to hard-sell PGT-P to IVF patients.

Hence, it is imperative that patients should be made aware of the various technical limitations of PGT-P.

First and foremost, it must be noted that in reality, there is no such thing as a “bad gene” or “good gene”.

The so called “bad” genes exist simply because these have evolved in the distant past to confer survival advantages to our species under specific environmental conditions.

Take for example the case of the sickle cell anemia gene prevalent among African populations.

Likewise, there is scientific evidence that genetic predisposition to obesity and type II diabetes actually conferred survival advantages to our stone age ancestors in a nutrition-poor environment.

What if future climate change results in famines and food shortages?

Would such “bad genes” that enable more efficient energy metabolism with low food intake now be considered as “good genes”?

Similarly, genetic predisposition to autism spectrum disorders have been linked to high IQ. Children of high IQ parents are more likely to be autistic.

Is it mere coincidence that so many creative geniuses in history suffer from various neurological deficits such as bipolar disorder and schizophrenia?

Hence, these so called “bad genes” are the unique heritage of the human race, the products of millions of years of evolution in response to various challenges faced by our species in different hostile environments, over countless famines, infectious disease epidemics and climate change events.

Such genes could therefore be an insurance policy for our future survival as a species in a chaotic, uncertain and ever changing world, and it would be a fallacy to want to completely weed these out through embryo genetic testing.

An obvious technical limitation of polygenic screening through PGT-P is that most selections occur between embryos with the same parents, which substantially limits genetic variability and therefore, limits its usefulness in targeting complex traits such as intelligence and disease susceptibility.

There is a much reduced number of possible outcomes, when selecting for specific characteristics within such a small sample size with little variability, which obviates the usefulness of any selection method.

Another limitation is that many genes often have multiple complex functions, which is further complicated by the multitude of interactions with other genes.

For example, there is some genetic correlation between higher intelligence and the risk of bipolar disorder.

Trading off risks between high IQ and bipolar disorder would certainly be difficult for any prospective parent, but when other traits such as genetic predisposition for obesity, height and eye colour are thrown into the mix, decision-making becomes overwhelmingly confounding and almost impossible.

Hence, there is a good reason for genetic testing companies to downplay such complex information and just present simplistic notions of “good” and “bad” genetics to prospective parents, otherwise they would not have any customers left if patients became aware that they have to face such confounding “paradox of choices”.

Yet another caveat is that current algorithms for polygenic risk scoring of embryos are based mainly on populations of European ancestry, which would therefore limit their usefulness in selecting specific traits in embryos of Asian or African ancestry. However, this deficiency could be remedied in the near future.

Even if embryo genetic testing has little real value in forecasting the prospects of a child, a market will evidently still exist for such services given the natural inclination for parents to always want the best for their child.

It is therefore imperative that the Health Ministry rigorously scrutinise and stringently regulate such new technologies in Malaysia, given the profound and complex moral and ethical issues involved.