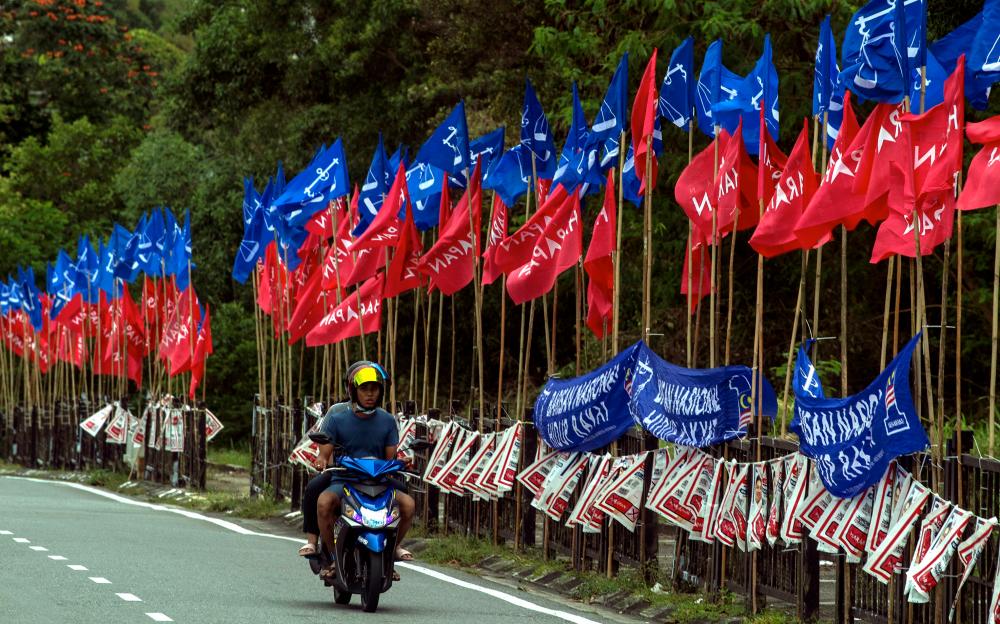 TODAY until the 15th General Election (GE15), we will be reading daily reports of seat bargaining taking place among the component parties of the various coalitions and sub-coalitions that dominate Malaysia’s political system. All this action is part of the coalition-driven political institutional system seen since independence and which has not produced the political stability, power sharing and better governance that Malaysians want.

We have lessons from other parts of the world on the fate of movements for change and reform. One swallow does not make a summer or spring. What happened with the Arab Spring, which began as a protest against corruption, authoritarianism, economic stagnation and poverty, now warns of the same in the long road ahead.

To me, historical evidence is clear. The coalition party system, a la Alliance, Barisan Nasional, even Pakatan Harapan and now Perikatan has not worked in bringing Malaysians together. The Alliance and successor Barisan Nasional governments blew the opportunity of moving beyond race and religious based parties in a coalition system.

So, one key question is – looking beyond GE15 – can we give up coalitions of the willing and less willing, bed partners of convenience, big and small tent approaches, etc. which have put our elected Yang Berhormats into party silos, reinforced racial and religious divides and also been responsible for many of the challenges that we face – in politics and other sectors of economic and social life?

What is needed is not the formation of new political hybrids and hydras based on racial or religious membership and interest, and in which national interest has become secondary.

What is required is an entirely different approach to Malaysia’s party politics. An inclusive approach composed of the present parties dissolving and setting up a new, and for the first time in Malaysia, a single multiracial party.

Can the current Opposition parties merge to bring about one single, one genuinely multiracial party? Can PKR, DAP, PSM – as the longest lived parties in the Opposition and claiming to share a multiracial platform – join forces with Warisan and Muda and other young parties to open a new page in Malaysian politics by establishing a single multiracial party?

If this can happen, think about how this can transform Malaysia’s politics. How this can break up the racial and religious silos. How this single multiracial party can provide young Malaysians the catalyst for rebooting a decaying political system.

For this to happen, we will need two forces of light. The first is leadership and statesmanship that not only reject ethno-religious politics but can commit to breaking through the institutional frameworks of race and religious divisiveness that have come with previous coalition parties.

The second is public pressure. How can we break away from the limitations of coalition party governments which have debased the concept of power sharing. How to neutralise racial and religious based parties which have gained increasing ascendancy in the coalition governments of Malaysia. This possibility applies to both the ruling and Opposition parties.

And to the media, think tanks and other stake players – how to pursue this subject, including by getting feedback from ordinary Malaysians on whether they will support the establishment of a unified, inclusive multiracial party. Putting this out in the public limelight will enable the topic to also be part of the agenda of the present political parties.

The challenge for now is to focus on the election, but we also need to look beyond the noise of GE15 and party rivalries, seat allocation issues, personality conflicts and other coalition election-related issues. For a single multiracial party to emerge, conventional assumptions, prejudices and enmities must be put aside.

If the leaders and strategists in the current coalition parties can see the potential and work out of the box, there is an opportunity to save the country from the tyranny of political opportunism and race and religion fixation which has brought Malaysia to this stage; and in which the current configuration of coalition party system and politics have played a key role.

A single multiracial party has been the missing phase of development in our politics. GE15 and its aftermath can provide the opening to correct it and push Malaysians to rise above racial and religious concerns, and to deal with the equally pressing socioeconomic, technological and environmental challenges of today.