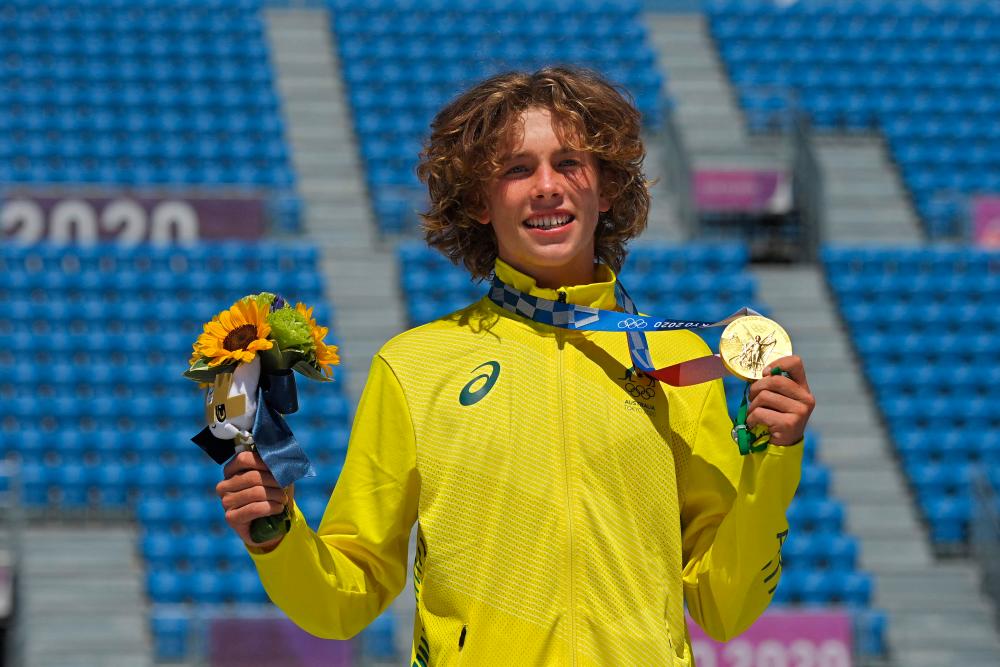 This is the first skateboarding Olympic gold for Australia at Tokyo 2020, after all previous three taken by local favourites.

At the Ariake Urban Sports Park where claps and wows seemed ever-going, Palmer had an excellent start highlighted by a successful backside 540 that earned him 94.04 points, according to Xinhua news agency.

It was him, and only himself, that was able to beat that run with a 95.83-point show that cemented his place on top of the podium.

Pedro Barros of Brazil looked like he was going to beat Palmer in his second run, but fell in the closing seconds. The 86.14 points from his first attempt was enough for him to clinch a silver though, followed by Juneau Cory of the United States on 84.13 points. World No. 1 Heimana Reynolds failed to make the final. -Bernama

2.Japan’s Hataoka finds her sweet spot with another Arkansas victory