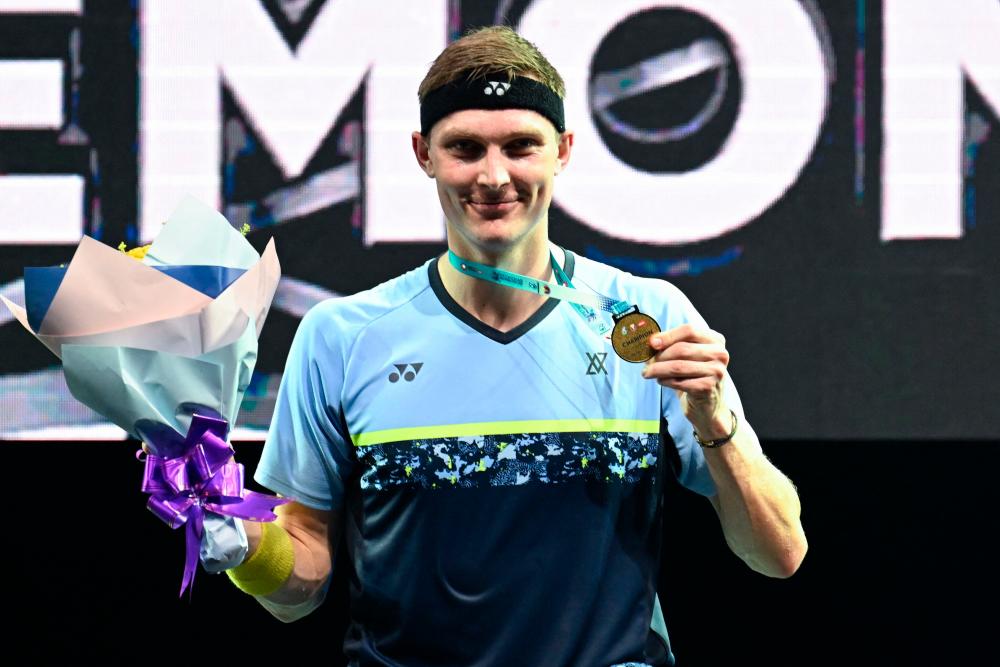 KUALA LUMPUR: The world number one men’s singles shuttler Viktor Axelsen of Denmark was in a class of his own when he thrashed Japan’s Kento Momota today to clinch his maiden Petronas Malaysia Open 2022 title.

Playing before a crowd of 10,000 at Axiata Arena here, Axelsen overwhelmed world number two Momota with his attacking play to storm to a 21-4 win in the opening game.

The second game was no different, as the 2020 Tokyo Olympic champion Axelsen displayed another dominating performance with a 21-7 win to lift his third consecutive Badminton World Federation (BWF) World Tour title. He had won the Indonesia Open and Masters prior to playing here.

His feat also ended a 15-year Asian domination in the men’s singles category of the tournament.

Yesterday, Axelsen defeated world number eight Jonatan Christie of Indonesia 21-15, 20-22, 21-11 after battling for one hour and 11 minutes, while Momota ousted Kunlavut Vitidsarn of Thailand 21-11, 21-12 in the semi-finals.

However, the 2016 champion Ratchanok kept her cool to win 21-16 and clinch the title.

The win is Ratchanok’s third against Yu Fei in 18 meetings and also her first World Tour title since winning the Indonesia Masters in January 2020.

The champions pocketed US$47,250 (about RM208,000) and medals, while the runners-up received US$22,950 and medals. Chong Wei presented the prizes to the men’s singles winners. - Bernama 5.Woman claims she was groped by ‘policeman’ at his home