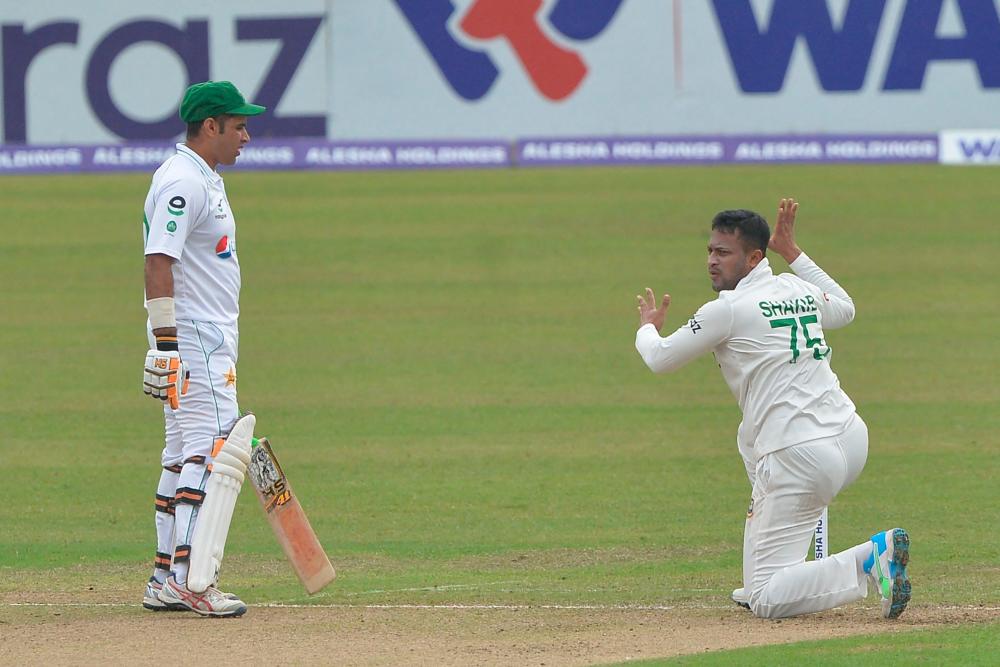 Bangladesh's Shakib Al Hasan (R) appeals unsuccessfully for the LBW (leg before wicket) against Pakistan's Abid Ali on the first day of the second Test cricket match between Bangladesh and Pakistan at the Sher-e-Bangla National Cricket Stadium in Dhaka on December 4, 2021. AFPpix

DHAKA: Bangladesh all-rounder Shakib Al Hasan has sought to withdraw his name from the squad for next month's Test series in New Zealand, selectors said Sunday.

Bangladesh, who will play two Tests against New Zealand in January, earlier included Shakib's name in the squad for the series.

“He gave a letter to the chief executive officer seeking leave. We are yet to be informed if his application has been granted or not,“ Chief selector Minhajul Abedin said, referring to the Bangladesh Cricket Board.

The cricketer returned to the Bangladesh squad for the ongoing second Test against Pakistan in Dhaka after injury forced him to sit out their earlier match in Chittagong.

He missed four of Bangladesh's seven Tests this year -- two to injury and two to prior commitments with the Indian Premier League.

Bangladesh's team will leave home for New Zealand at the end of Dhaka Tests.

The first Test against New Zealand will be held at Tauranga from January 1-5. Christchurch will host the second Test from January 9-13.