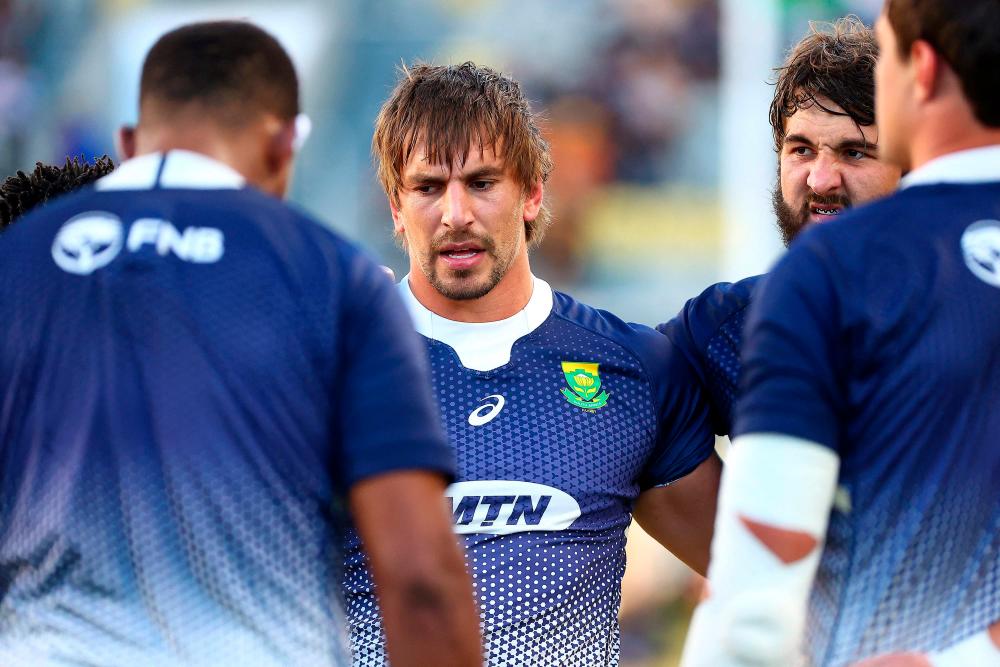 GOLD COAST: South Africa’s giant lock Eben Etzebeth (pix) says he and his Springbok team mates have a last chance to restore lost lustre when they conclude the Rugby Championship with another meeting against New Zealand on Saturday.

The world champions narrowly lost 19-17 to the All Blacks in Townsville last Saturday as the top-ranked New Zealanders won the southern hemisphere championship with a match to spare.

It was a third successive defeat for the Boks, after going down twice to Australia, and leaves them with only pride to play for at the Robina Stadium on the Gold Coast.

“We are hoping for a better showing, you are never happy losing in a Bok jersey,” Etzebeth told a news conference on Monday.

“We know have another chance it what we will be an unbelievable challenge and we’ll prepare hard and we’ll be ready for it.”

South Africa let slip a tenuous lead with some poor game management at the end of last Saturday’s clash in the Queensland town, with forwards coach Deon Davids conceding better decision making could have seen South Africa come out tops in their 100th test clash with their fierce rivals.

“You must understand that the players are under tremendous pressure, it was a test and there was a lot of pressure towards the end, a lot of intensity.

“But we’ve looked back at the game and we’ll be the first to say that maybe we could have made better decisions at some stages of the game,” Davids said at the same news conference.

“But you also know there’s different reasons why things go wrong. It has to do with communication and then also being able to make that split second decision, based on what you see in front of you.

“Knowing the quality of our players and their experience, they will understand what happened and know they can do better,” he added. – Reuters

Water supply disruption at 156 areas due to burst pipe

3.Water supply disruption at 156 areas due to burst pipe

4.Six-year-old girl falls to her death at hotel in Penang

5.Public advised not to be alarmed by low-flying jets from tomorrow to Thursday — Mindef