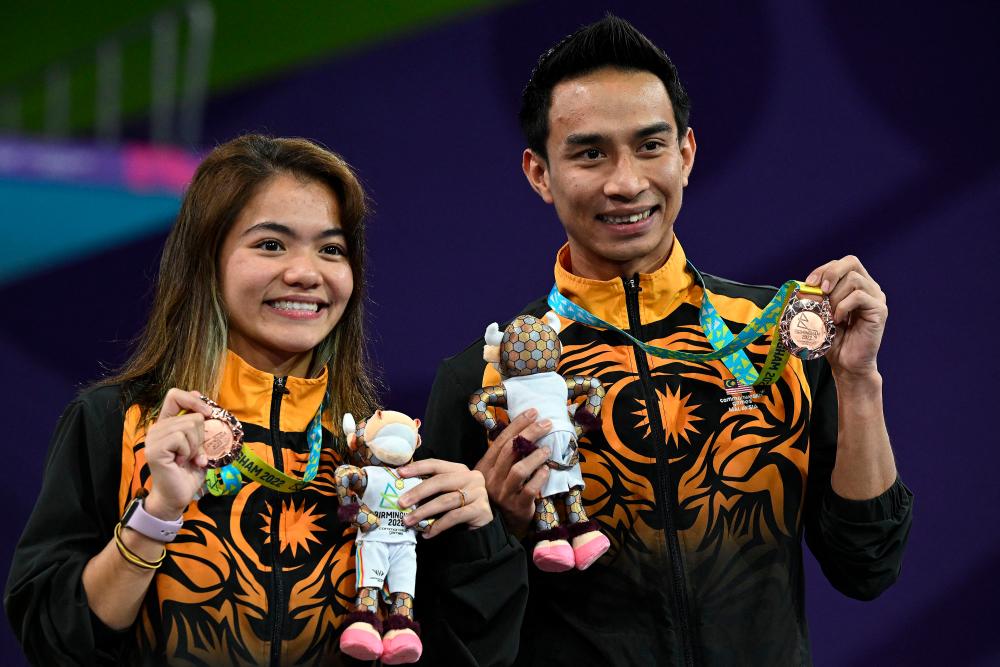 BIRMINGHAM: The national diving squad finished its competition in the 2022 Commonwealth Games by claiming a bronze medal in the mixed synchronised 3 metre springboard today.

The combination of Nur Dhabitah Sabri and Muhammad Syafiq Puteh delivered a medal in the event which was competed for the first time in the Commonwealth Games when they were placed third with 299.04 points after five dives at Sandwell Aquatic Centre here.

The bronze success was the third medal for Nur Dhabitah in this Birmingham edition after garnering two silvers in the individual 3m springboard and the synchronised 3m springboard pairing with Wendy Ng Yan Yee.

The bronze won today was the second medal for Muhammad Syafiq after clinching a silver in the men’s synchronised 3m springboard with Gabriel Gilbert Daim.

Nonetheless, the achievements of the diving squad with three silvers and one bronze were deemed as disappointing when diving was targeted to contribute one gold to the national contingent in this Games.

When met by reporters, Nur Dhabitah said she was satisfied with her performance despite missing the gold target.

“I am satisfied with the achievement after the three consecutive days of action in the final. Today, I tried my best and we won a bronze medal,” she said.

She said after the Games in Birmingham, the focus would be on the 2023 FINA Grand Prix in Bukit Jalil, in November.

Meanwhile, Muhammad Syafiq said he was very satisfied with the achievement of winning the bronze medal after only having the opportunity to train with Nur Dhabitah in the event before arriving here.

“For a week here, we didn’t have a chance to train together because of the busy event schedule. Alhamdulillah, we were lucky to win bronze today,“ he said.

Meanwhile, the pair of Datuk Pandelela Rinong-Jellson Jabillin failed to present a medal for the national camp when they finished fourth in the mixed synchronised 10m platform after collecting 302.82 points.