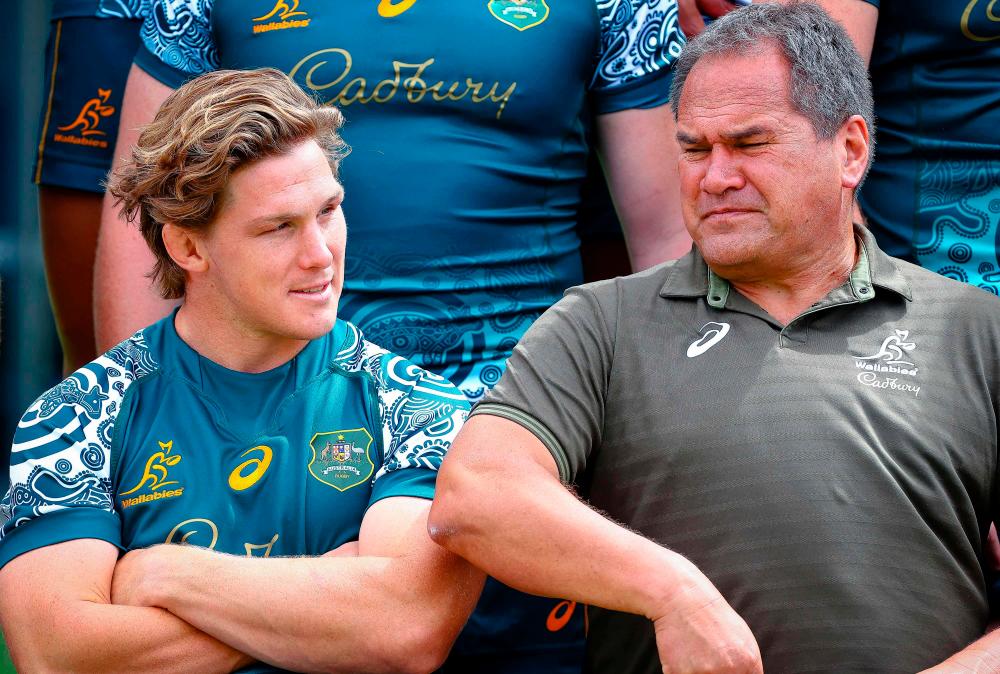 TOWNSVILLE: Coach Dave Rennie (pix) has called on his Australia side to be more ruthless, despite seeing the Wallabies notch up a third win in a row with a 27-8 victory over Argentina in Townsville on Saturday night.

The win against Mario Ledesma’s Pumas came after successive Rugby Championship victories over world champions South Africa, but Rennie was not satisfied with his team’s performance.

“We’re obviously happy to win and we worked really hard in the first half to put ourselves in a strong position,” he said.

But there is “probably a bit of frustration from us that we had a lot of opportunities late to put them out of the game. We didn’t do the obvious, we’ve just to throw one more pass.

“There’s a bit of frustration around that, but we worked hard, we sustained a lot of pressure 20 minutes after half-time so mixed emotions. Happy to win, but we need to be better.”

Tries from Reece Hodge, Samu Kerevi and Andrew Kellaway earned the Wallabies a win that moves them into second place in the Rugby Championship standings, ahead of the South Africans.

Another victory over Argentina in next weekend's final round of matches in the competition will confirm a runners-up finish behind New Zealand, although Rennie will be without the services of Marika Koroibete.

Rennie confirmed the winger has been allowed to leave the camp to return to Melbourne to be with his family after missing the birth of his son earlier in the year.

“I thought last week we were really clinical. Not as clinical tonight. I just feel we’ve got to be better there. We’ll review that.

“It gives us a chance to be grumpy through the review after a win.

“Against sides like Argentina you’ve got to put them out of the contest when you get the chance. They dominated that third 20 and if they had scored again it was going to be an arm wrestle.

“We’ve just got to be better at putting teams out of the contest.” – Reuters

2.Financial woes have overtaken infidelity as No. 1 reason for divorce as cases spike amid pandemic

4.One dead, seven injured in second shooting at Louisiana university in a week