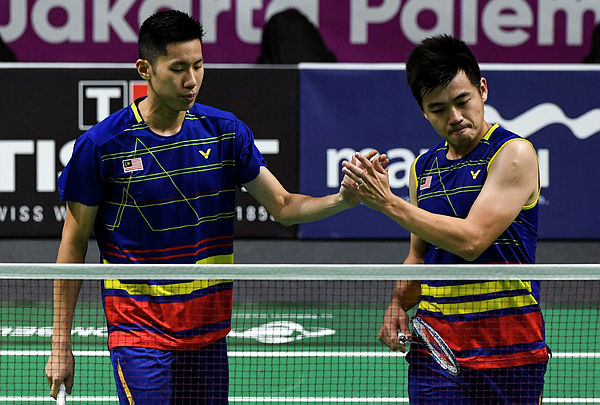 “After careful consideration and following discussions with various stakeholders, BAM has reached the decision to accept the resignations.

“BAM would like to place on record sincere appreciation and gratitude to the Rio Olympics silver medallists for sharing the values, principles and philosophy of the association during their 17-year tenure with the national team.

“BAM also wishes them well as they embark on the next phase of their career,” BAM said today.

The news came without much surprise as the 2014 Glasgow gold medallists were struggling with inconsistent performances and had earlier mulled turning professional.

Both aged 29, were at the peak of their career in 2016 when they bagged the Olympics silver, ending the country’s 20-years medal drought in the men’s doubles department.

Prior to this, several players had decided to leave the national set-up due to various reasons, among them Iskandar Zulkarnain Zainuddin (men’s singles); Tee Jing Yi (women’s singles) and Chooi Kah Ming and Lim Khim Wah (men’s doubles). — Bernama