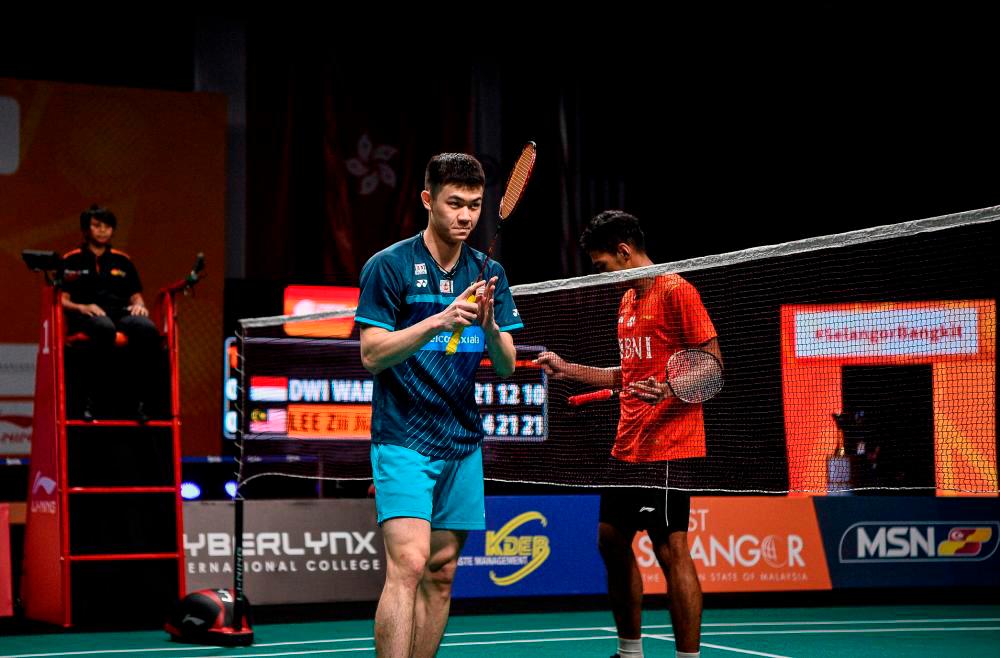 SHAH ALAM: Malaysia’s top men’s singles player Lee Zii Jia has a message for his victorious teammates at the Badminton Asia Team Championships (BATC) - stay focused for the Thomas Cup finals in May.

He said they should not get carried away by their maiden BATC title because most teams sent their second stringers while Malaysia paraded their best in the tournament at the Setia City Convention Centre here.

“Don’t be too happy, but yes it’s still a title for us,” he told reporters after the final today.

The world number seven Zii Jia, who beat Chico Aura Dwi Wardoyo 14-21, 21-12, 21-10 in the opening match, hoped the team would keep up the momentum to challenge for the Thomas Cup title in Bangkok, Thailand.

Malaysia won the Asian men’s team title for the first time when they beat Indonesia 3-0 in the final, dashing their arch-rivals’ hope of lifting the cup for the fourth straight time since the tournament began in 2016.

Meanwhile, Soh Wooi Yik admitted that he had been prepared for rubber games in the second match, which he and Aaron Chia won to put Malaysia two up.

Aaron said he was not satisfied with his performance in the tournament and vowed to do better in the future.

Young shuttler Ng Tze Yong said he was not under pressure because Malaysia were leading 2-0 when he took to the court against world number 90 Ikhsan Leonardo Imanuel Rumbay.

“The team gave me plenty of confidence by leading 2-0. I did not feel any pressure and just gave my best,” said Tze Yong, who clinched Malaysia’s winning point by beating Ikhsan 21-14, 21-15.

He also praised Zii Jia for playing with greater composure to help Malaysia lift the trophy.

“Tze Yong’s play was also stable, and it is particularly commendable as he had just recovered from COVID-19,” he added.

However, Choong Hann admitted that Malaysia did not face strong opposition as most countries sent their second team.

Doubles coaching director Rexy Mainaky said he was glad that Wooi Yik-Aaron managed to control their eagerness to win this time as their impatience had cost them dearly in the past.

The win is sweet revenge for Malaysia as they lost 1-3 to Indonesia in the BATC 2020 final in Manila, the Philippines. - Bernama