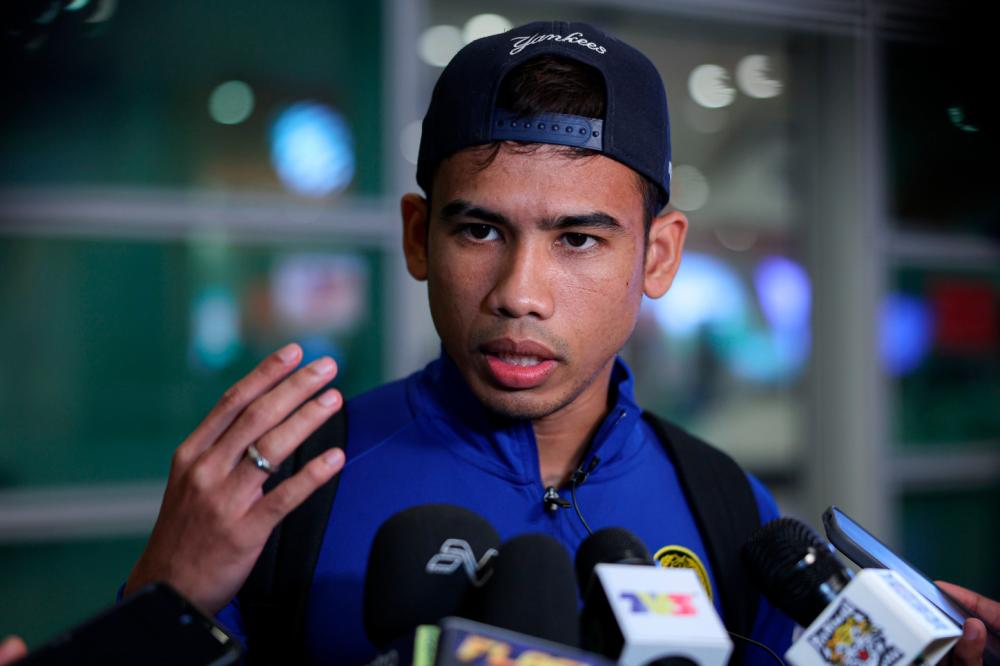 The Johor Darul Ta’zim (JDT) player said the team clicked well and created a conducive atmosphere which had a positive impact on their performances against Thailand and Tajikistan.

“I think the call-ups were more towards creating team harmony so that the good vibe was carried onto the field. I could see all the players having a good relationship and that’s why we got good results,” he said when met at the Kuala Lumpur International Airport 2 (KLIA2) last night.

For the King’s Cup tournament, head coach Kim Pan Gon retained 17 of the 23 players who had led Malaysia to qualify for the Asian Cup 2023 and listed eight new players, including three aged 21 from the Under-23 squad (U-23)

Malaysia qualified for the final by defeating the hosts 5-3 on penalties after both teams were tied 1-1 at the Stadium 700th Anniversary of Chiang Mai last Thursday.

In Sunday’s final, Malaysia lost 0-3 to Tajikistan in a penalty shootout after the match ended goalless in regular time. The loss meant Malaysia failed to end their 44-year title drought in the tournament.

Thailand and Tajikistan are ranked 111th and 109th respectively while Malaysia are placed 148th.

Muhammad Safawi, who was appointed as one of the team captains, said he was satisfied with the two draws recorded by the Harimau Malaya squad in regulation play as it will give additional ranking points.

“Personally, if you asked about our performance, I am definitely not satisfied because I hate losing. And that means I need to improve,” said the 25-year-old player.

Commenting on fans’ criticism of his teammate Mohamadou Sumareh for his lacklustre performance, Muhammad Safawi said it was unfair because football is a team event. - Bernama