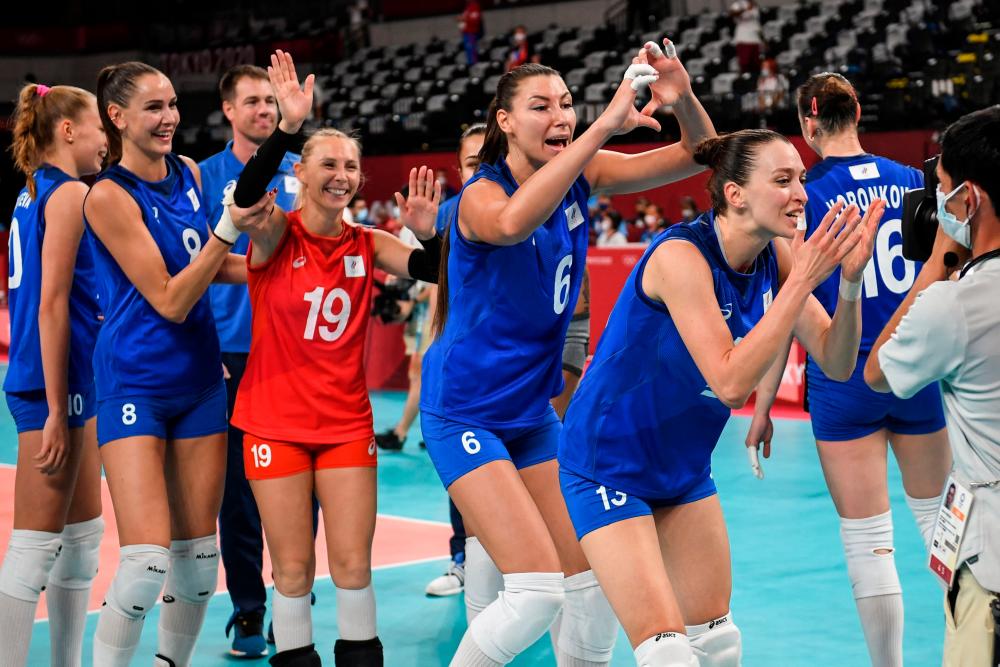 Russia’s players celebrate their victory in the women’s preliminary round pool B volleyball match between USA and Russia during the Tokyo 2020 Olympic Games at Ariake Arena in Tokyo on July 31, 2021. -AFP

TOKYO: The International Olympic Committee (IOC) has not registered any positive doping tests among Russian athletes at the Tokyo Games.

According to Sputnik, IOC Spokesman Mark Adams told reporters on Monday that Russia has fulfilled 85 per cent of all recommendations.

On Saturday, Travis Tygart, the chief executive officer of the United States Anti-Doping Agency (USADA), called for making the results of doping testing of all Russian athletes participating in the Tokyo Games public and criticised the IOC as he considered the punishment of the Russians not harsh enough.

Last year, the Court of Arbitration for Sport ruled that Russian athletes cannot compete in major international competitions under the national flag until Dec 16, 2022, over alleged violations of the anti-doping code.- Bernama