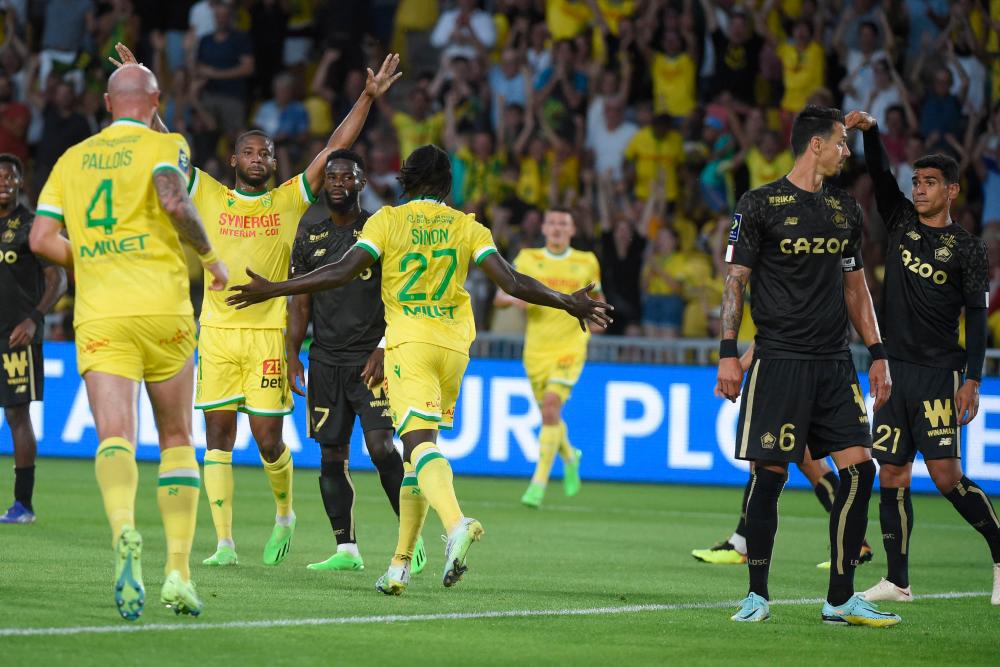 PARIS: Lille moved to the top of the fledgling Ligue 1 table after Ismaily's second half equaliser secured a draw from a tough contest at Nantes on Friday.

Lille went into the game on the back of an impressive 4-1 win over Auxerre in last week's opening round but they were on the back foot when Moses Simon struck for the home side in the 27th minute, tucking in from close range.

French Cup winners Nantes were held to an unispiring goalless draw at Angers on the opening weekend but appeared to be closing in on a first win of the season as they held out against some sustained Lille attacks.

Fifteen minutes from time, however, the visitors, who finished a mediocre 10th last season, got their reward when Canadian striker Jonathan David provided the assist for Brazilian defender Ismaily to fire in the leveller.

The draw puts Lille one point ahead of defending champions and red hot favourites for the title Paris Saint-Germain who host Montpellier on Saturday, with the focus likely to be on the highly-anticipated return of Kylian Mbappe.

World Cup winner Mbappe, who turned his back on a potential move to Barcelona during the off-season, was suspended for PSG's 4-0 win over Nantes in the season-opening Champions Trophy before a groin injury ruled him out of last weekend's 5-0 hammering of Clermont.

Monaco will be looking to bounce back from their Champions League exit at the hands of Eindhoven in midweek when they host Rennes in Saturday's other game.

Chilean striker Alexis Sanchez is in line to make his debut for Marseille, probably off the bench, when they travel to Brest on Sunday.

The 33-year-old, who joined on a free transfer following his departure from Inter Milan, will be used this year “in all attacking positions, centre, right or left”, said Marseille coach Igor Tudor on Friday ahead of the long trip to Brittany.

“He will be in the group. We will then see how to use him,“ said Tudor, adding that Sanchez was unlikely to start.

“He hasn’t had any matches in preparation, it will take a little time,“ said the Croat. “He won’t be able to be at his peak immediately but it will happen. In a month or so he will be fine.”

“I’ve had him in just two training sessions. I’m happy with what I’ve seen. He’s a good boy.”

The match between Lorient and Lyon has been called off because of the poor quality of the Brittany outfit's pitch following last weekend's 'Festival Interceltique' music event, the impact of which has been compounded by the scorching, dry weather. - AFP