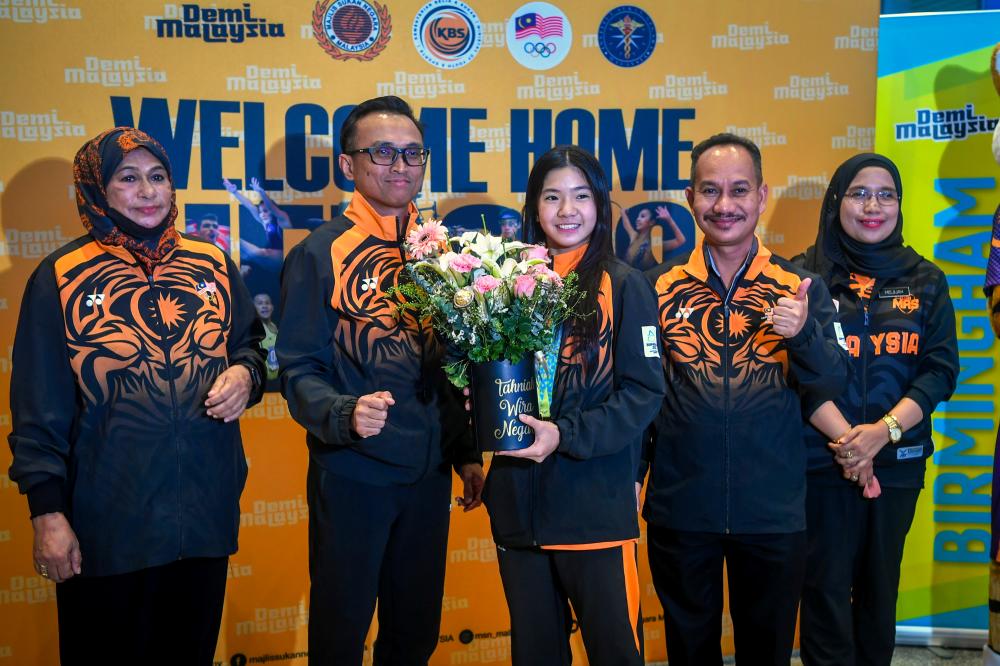 SEPANG: After achieving a high of being the first Malaysian gymnast to win two individual gold medals at the Commonwealth Games, young Ng Joe Ee will be hitting the books to prepare for her examinations.

However, the 16-year-old rhythmic gymnast pledged to continue training under Russian coaches Yulia Ivanova and Udia Legotina to ensure she could do well at the Asian Games next year.

The Form Four student of Sekolah Menengah Kebangsaan (SMK) Puteri Titiwangsa said she did not know whether she would be selected for the International Gymnastics Championships in Sofia, Bulgaria, next month.

“Of course after this I want to concentrate on my studies because I will be sitting for the Sijil Pelajaran Malaysia (SPM) next year. I’ve spent have a year focusing on sport.

“Very happy to win two golds because that was my first experience at the Commonwealth Games. I would like to thank both coaches (Yulia and Udia), the Malaysian Gymnastics Federation (MGF), National Sports Institute, National Sports Council, family and friends for their unwavering support,” she told reporters at the KL International Airport here on her return from the 2022 Birmingham Commonwealth Games today.

Joe Ee triumphed in the ball and ribbon events.

Meanwhile, her teammate Izzah Amzan hoped to improve her world ranking if she gets to represent the country in the international championships in Sofia.

Izzah said she was ranked 67th on her debut in the meet in Sofia in 2018 and improved it to 57th on her second appearance in Baku, Azerbaijan, the following year.

Izzah won the bronze in the clubs discipline in Birmingham.

MGF rhythmic gymnastics technical delegate Petrina Low Lai Hun said she was happy with the squad’s success and hoped they could repeat their performance in future tournaments.

“They worked very hard and it was a difficult competition for first and second days. Finally, on the third day they showed grit to perform and bring back medals,” she said. - Bernama