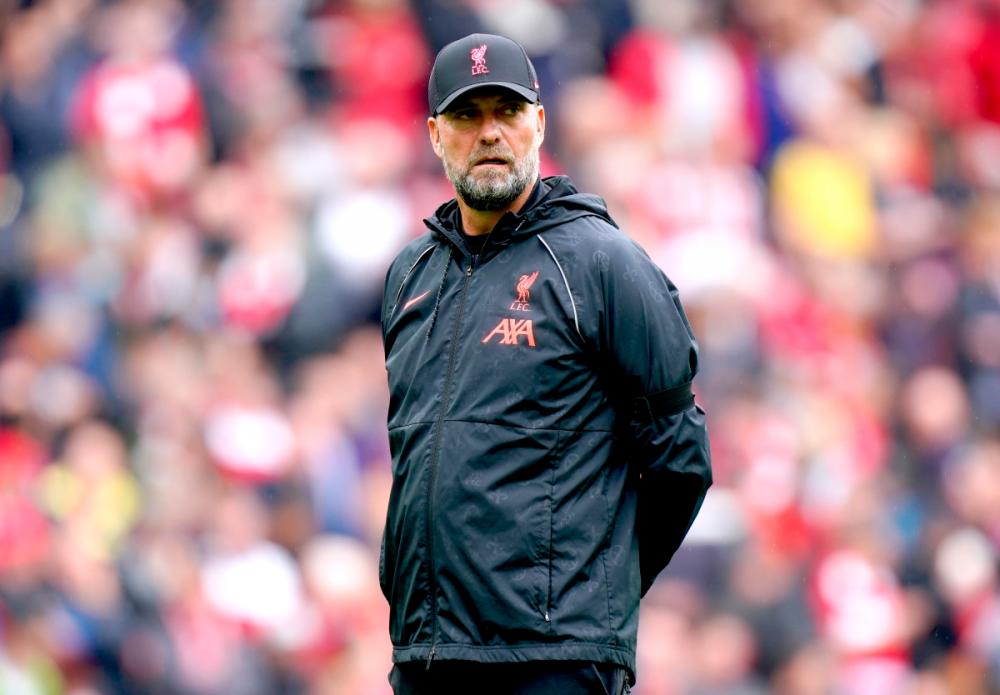 BRENTFORD: Liverpool’s 3-3 draw away to Brentford was a thrilling spectacle for the fans but Reds boss Juergen Klopp (pix) was not in a position to enjoy it as much as those on the terraces as his side dropped two points in the Premier League title race.

Liverpool came from a goal behind on Saturday to lead twice in an end-to-end affair but they conceded an 83rd-minute equaliser and were lucky to hang on for a draw after the Bees had a late goal ruled out for offside.

“Not sure ‘enjoy’ is the right word – it was a wild ride,” the German coach told Sky Sports. “They deserved their three goals for the way they played. We obviously couldn’t deal with the long balls today but we should have scored more goals.”

Premier League newcomers Brentford showed no signs of being overawed by the 2020 champions, charging into tackles and not letting their heads drop despite going behind.

“They deserved it. I don’t think you can control them much better, we created a lot of clear-cut chances but couldn't deal with them defensively,” Klopp said.

The 54-year-old gave Brentford credit for their effort, despite their somewhat direct approach to the game, and said the distribution of Bees keeper David Raya caused his side problems.

“Their goalie should have number 10 on his shirt with the balls that he played... there were many good moments football-wise against a tricky set-up but we could not defend when the goalie chips the balls forward,” Klopp said.

“They deserved a point as well because they put up a proper fight... I respect that a lot. In the end there were situations we should do better and then it could be a completely different game,” the Liverpool coach concluded. – Reuters

2.Restricting travel over vaccine type could be discrimination, PAHO warns

3.PM expresses condolences to family of fireman who died after flood evacuation mishap