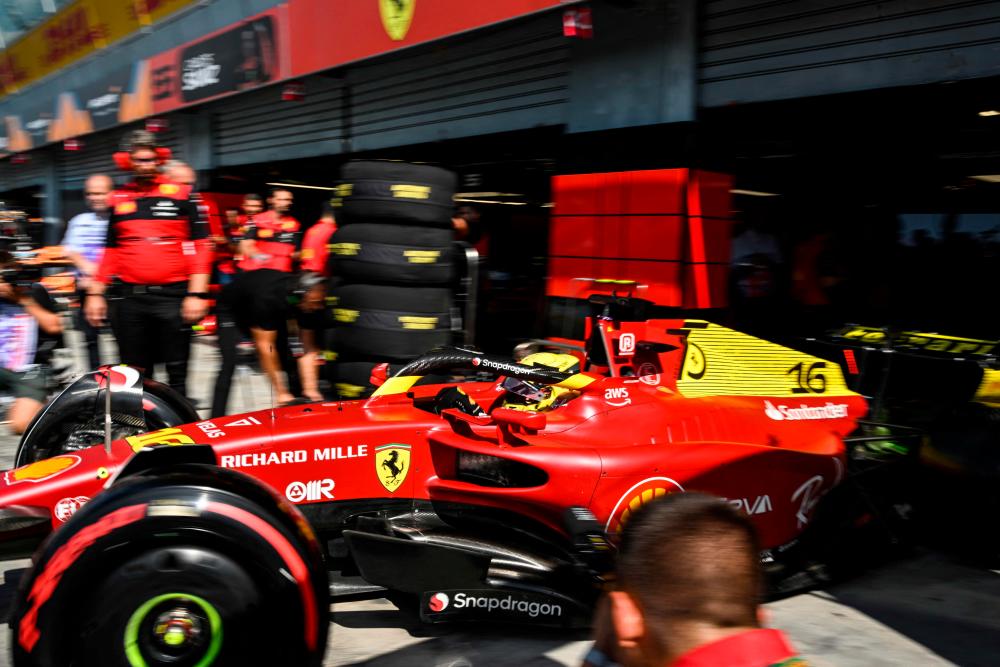 Ferrari’s Monegasque driver Charles Leclerc steers his car in the pit lane during the first practice session ahead of the Italian Formula One Grand Prix at the Autodromo Nazionale circuit in Monza on September 9, 2022. AFPPIX

MONZA: Charles Leclerc was fastest in the first practice session at the Italian Grand Prix on Friday, posting a time of one minute and 22.140 seconds.

Leclerc finished 0.077sec ahead of his Ferrari teammate Carlos Sainz in a positive start for the 'Scuderia' in front cheering home supporters at Monza.

The Monegasque chances of claiming his second win at the Italian track have been improved because several of his key rivals, including championship leader Max Verstappen, face grid penalties for Sunday's race.

Leclerc is second in the drivers' standings, but trails Red Bull's Verstappen by 109 points.

Verstappen has won the last four GPs but has never triumphed at Monza and was 0.430sec off the pace in fifth, also behind Mercedes duo George Russell and Lewis Hamilton.

The session was preceded by a minute's silence following the death of Queen Elizabeth II.

“F1 sends its deepest condolences to the Royal Family and to the people of the United Kingdom and the Commonwealth,“ said Domenicali.

A further minute's silence is scheduled ahead of Sunday's race. - AFP