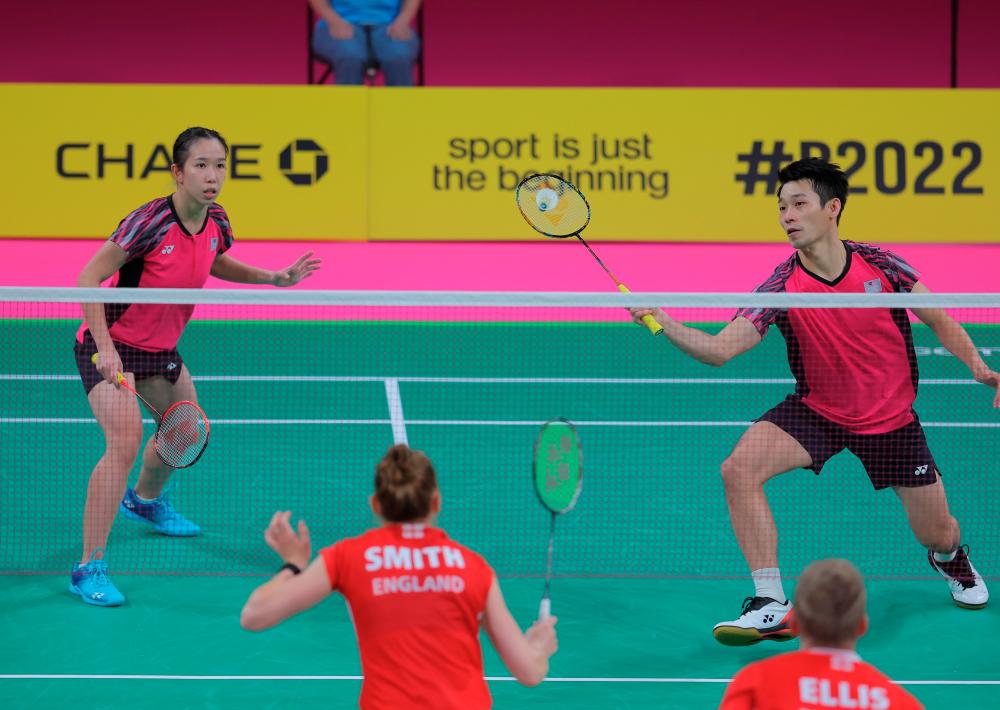 BIRMINGHAM: Malaysia’s badminton mixed squad is just one step away from reclaiming the mixed team gold after they subdued England 3-0, in the semi-final of the Birmingham 2022 Commonwealth Games, here, today.

In the last four actions held in National Exhibition Centre Hall 5, deafening cheers from the home crowd did not even dampen Malaysia’s spirit as they scored the first point through mixed doubles duo, Chan Peng Soon- Cheah Yee See.

However it was not a smooth sailing for Peng Soon-Yee See as they endured a woeful start after going down 12-21 to Marcus Ellis-Lauren Smith, before Malaysia’s ‘two-months-old’ pair found their way back to turn things around and won the next two sets, 21-18, 21-13.

Commenting on the game, Peng Soon admitted that they did not get into the game in the opening set which allowed the English pair to take the opening set.

“We think too much while confidence eroded leading to the first set loss but the coach told us to be bold in the second and third sets and we are glad to find our way to win the game.

“For the Commonwealth Games this time, I am determined to seize the gold back from India if we meet them in the final,” he told reporters, here.

Tokyo 2020 Olympic Games men’s doubles bronze medallist, Aaron Chia-Soh Wooi Yik then wrapped up the game as they triumphed over Ben Lane-Sean Vendy, 21-17, 21-18, to send Malaysia into their fifth straight finals after they first qualified in Melbourne 2006.

Malaysia, who had won the gold medals for three times in Melbourne 2006, New Delhi 2010, and Glasgow 2014 will set up a clash against either the defending champions, India or Singapore, as both countries are set to play against each other in the other semis. — Bernama