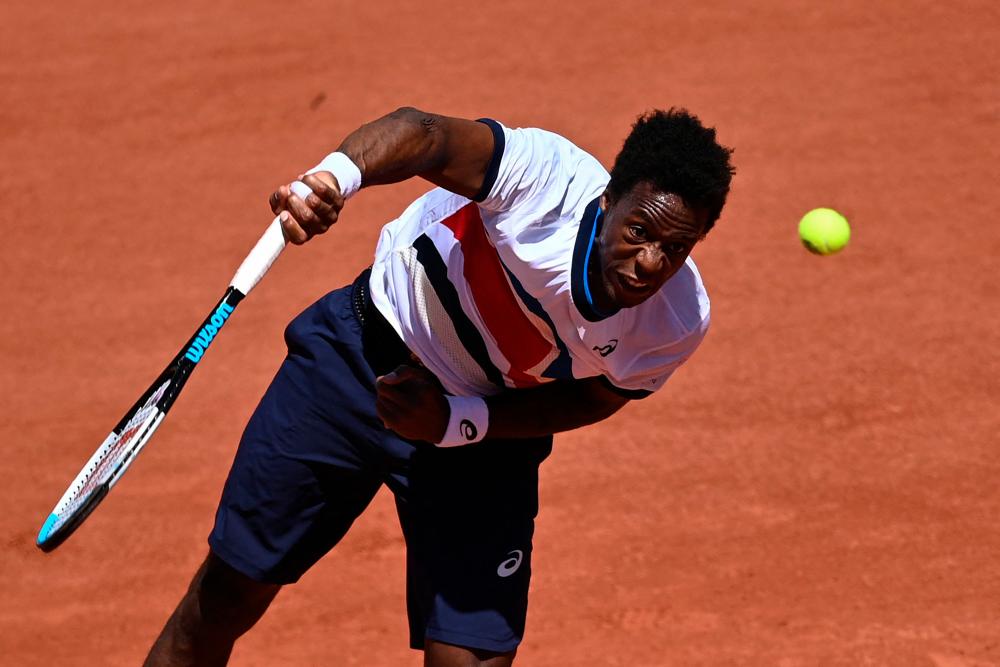 Gael Monfils, the French N.1, announced on May 16, 2022, that he would not participate in the French Open at Roland-Garros due to discomfort in his right heel which prevents him from moving on the court. AFPPIX

LOCAL hope Gael Monfils will not compete at the French Open later this month as he goes under the knife to fix a problem with his right heel, the Frenchman said on Monday.

The 22nd-ranked Monfils started the year well, winning his 11th ATP tour title in a tune-up event in Adelaide before reaching the Australian Open quarter-finals in January, where he was beaten by Matteo Berrettini.

He has struggled in recent months, however, failing to go past the round of 16 in ATP Masters 1000 tournaments in Indian Wells, Miami and Madrid.

“Hi all, I regret to inform you that I am forced to withdraw from Open Parc de Lyon and the French Open next week,“ Monfils, the highest-ranked French player, wrote on Twitter.

“I have been bothered by a calcaneal spur since Monte-Carlo at my right heel which prevents me from moving properly on court. I have decided to undergo a small procedure this week to treat the issue before returning to competitive play.”

Monfils, 35, reached the last four at the 2008 French Open and repeated the feat eight years later at the 2016 U.S. Open but has never reached a Grand Slam final.

The French Open begins on May 22. - Reuters