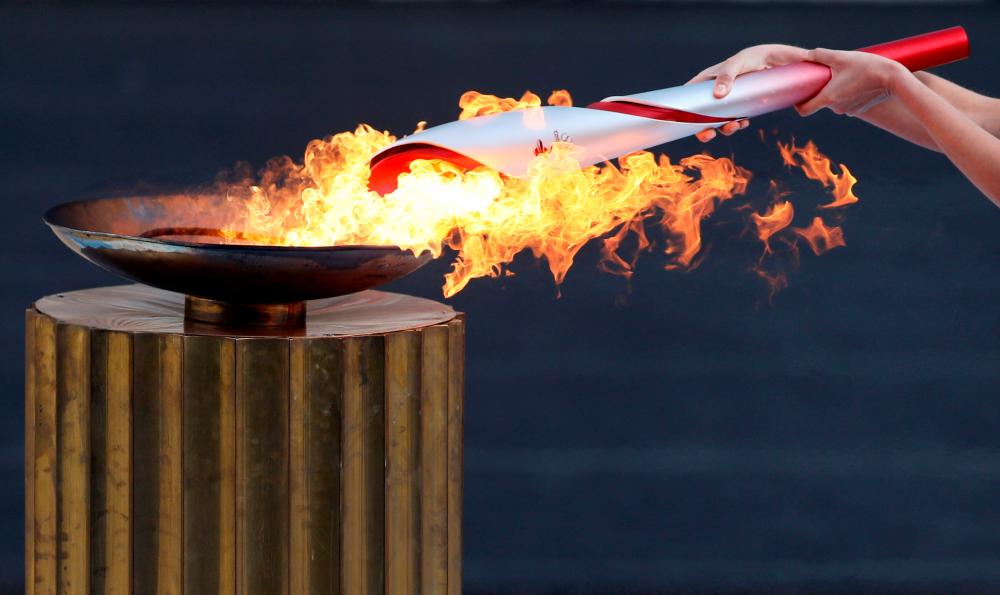 October 19, 2021 Greek actress Xanthi Georgiou, playing the role of High Priestess lights the torch with the flame during the ceremony REUTERSpix

BEIJING: The Olympic flame for the Beijing 2022 Winter Games has landed in the Chinese capital on Wednesday morning after being flown from Athens, Greece.

A welcome ceremony is due to be held later at the Beijing Olympic Tower near the ‘Bird’s Nest’ National Stadium, which hosted the opening ceremony of the 2008 Summer Olympics, according to Xinhua.

The flame was ignited Monday in a traditional lighting ceremony at Ancient Olympia in western Greece, and was handed over on Tuesday to the Beijing 2022 organisers at the Panathenaic stadium in Athens. — Bernama

2.Long way yet to be plastic-free

3.Going off meat at early age