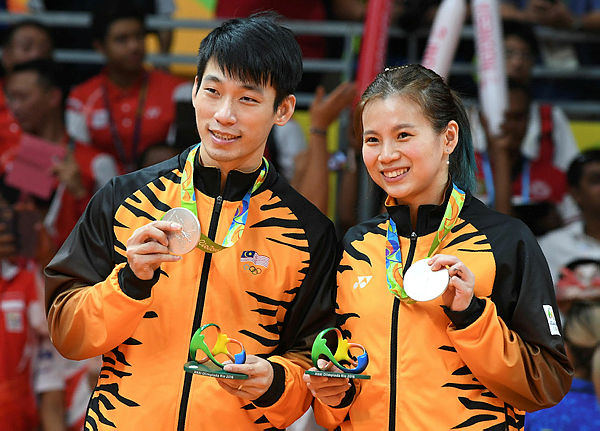 KUALA LUMPUR: The Badminton Association of Malaysian (BAM) received another blow with the departure of the mixed-doubles pair of Chan Peng Soon and Goh Liu Ying from the national set-up.

The 2016 Rio Olympic silver medallists submitted their resignation letter seeking to leave the national body on Jan 1, 2019, the BAM said in a statement today.

“BAM would like to place on record our sincere thanks and appreciation to the 2016 Olympics silver medalists who were also instrumental in the development and growth of the mixed-doubles event in Malaysia. BAM wish them all the best in their future undertakings,“ it said.

Peng Soon joined BAM in 2006 and Liu Ying in 2017 and they won the gold medal in the 2010 Asian Badminton Championships and back-to-back gold medals in the mixed team event in the 2010 New Delhi and 2014 Glasgow Commonwealth Games.

Prior to this, several players had decided to leave the national set-up due to various reasons, among them Iskandar Zulkarnain Zainuddin (men’s singles); Tee Jing Yi (women’s singles) and Chooi Kah Ming and Lim Khim Wah (men’s doubles). — Bernama