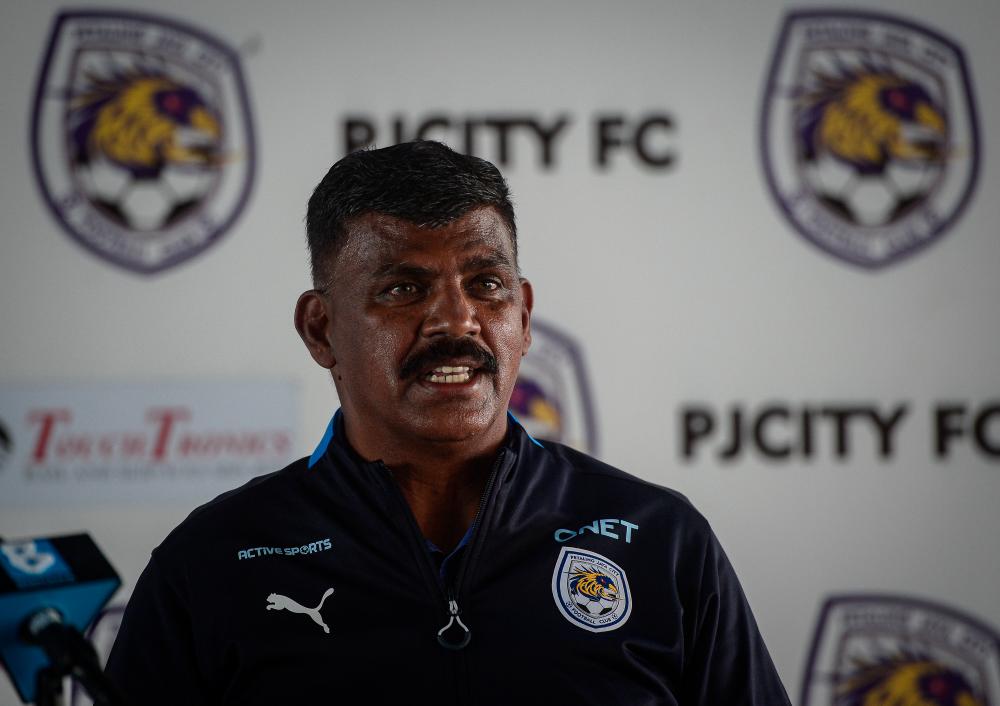 PJ City FC head coach P. Maniam, when asked why he seemed to be reinforcing the backline rather than attack, said he believed the presence of Kumaahran can stabilise the link between the defenders and players upfront.

“Kumaahran is an attacking player and in our team there are Mahalli (Jasuli), Khyril Muhymeen (Zambri), Darren (Lok) and also young players Sunil, Ruhindren and Syahmi (Zamri). He (Kumaahran) can help in our attacking,“ he said at a news conference to announce the squad for 2022 here today.

Meanwhile, Mohamad Nasir said the quality of the players drove him to the club and he is confident that the team will achieve something this season.

“I had two other offers but I opted for PJ City because I want a new challenge of playing alongside local and not imported players.

“I will try to regain my momentum in a bid to rejoin the national squad,” he said.

PJ City FC, who will kick off the new season against Melaka United FC on March 5, had earlier announced the extension of national player M. Kogileswaran Raj’s contract for the 2022 Super League season. - Bernama Cop under probe for ‘victim-blaming’ in cosplay harassment case

3.Waiting for the water train in scorching India

5.Cop under probe for ‘victim-blaming’ in cosplay harassment case