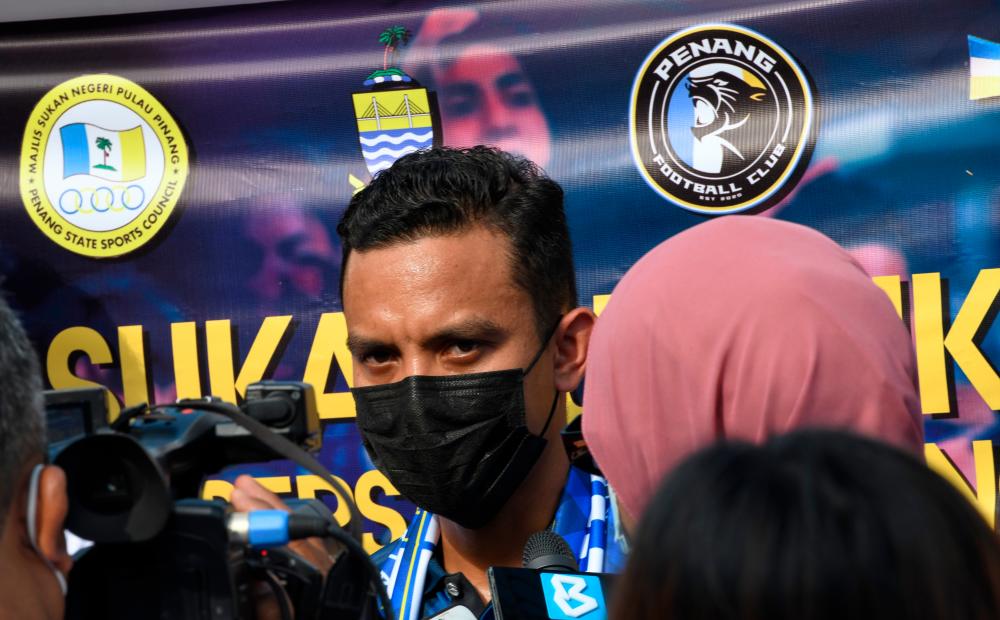 BUTTERWORTH: The winner of the 2016 FIFA Puskas Award, Mohd Faiz Subri (pix), will make a comeback with Penang FC next season.

Mohd Faiz, 33, said the negotiation process to return to his old football team had been going on for the past four months and that he would probably start playing in the 2022 Super League.

“I have just submitted the acceptance letter (for the offer to play for Penang FC) but have not signed any contract (yet). I had been with the Penang team for a long time so if given the opportunity, I would like to end my career with this team,” he said after attending the Games For All: Football Clinic 2021 here today.

He has submitted the letter of acceptance of the offer to play with the Panthers to the chairman of the Board of Penang FC, Soon Lip Chee.

Mohd Faiz got the world’s attention when his gem of a free kick from a distance of about 32 metres swerved into the opposing team’s goal when Penang played against Pahang in a Super League match at the City Stadium, George Town, Penang on Feb 16, 2016.

Faiz managed to win the Puskas award after winning 60 per cent of the online votes on the FIFA website, beating Marlone of Brazil and Daniuska Rodriguez of Venezuela.

Mohd Faiz had played for four seasons with the Panthers until 2018 then joined Northern Lions FC in 2020 and Kuala Kangsar FC in 2021 in the M3 League but the league was cancelled due to the COVID-19 pandemic.