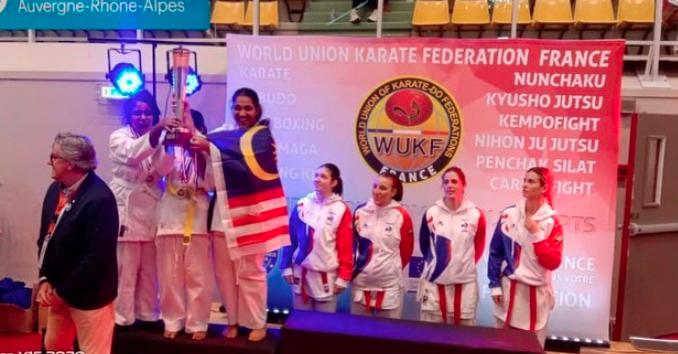 PETALING JAYA: A privately funded national karate team rejected by sponsors won six medals, including Malaysia’s first gold at a global meet in France recently hopes to strike gold in the US and Italy.

The team, dubbed as the “Karate Kids”, became the town’s talk after the team came back with at least a medal each in the tournament, which saw 12 countries taking part besides the home team, including India, Japan, Ukraine, Romania and Italy.

Team spokesman Minalochuni Pathmanathan said they are trying to raise funds to compete in tournaments in the US and Italy.

Minalochuni is president of the International Okinawan Shorin-Ryu Sei-bu-kan Karate Do Association of Malaysia, which manages the team. She said it had not been easy raising funds for the group in the past but hoped their performance in France would open some doors.

“We plan to participate in a tournament in the US on July 2-7, and another in Italy on Nov 3-6.

“It’s not going to be easy to raise funds for these tournaments, but we’re applying to the government and several companies and people who may want to help,” she told FMT.

The group is not affiliated with the Malaysian Karate Federation, which is the governing body of the sport in Malaysia. However, Minalochuni says the group is registered with the sports ministry.