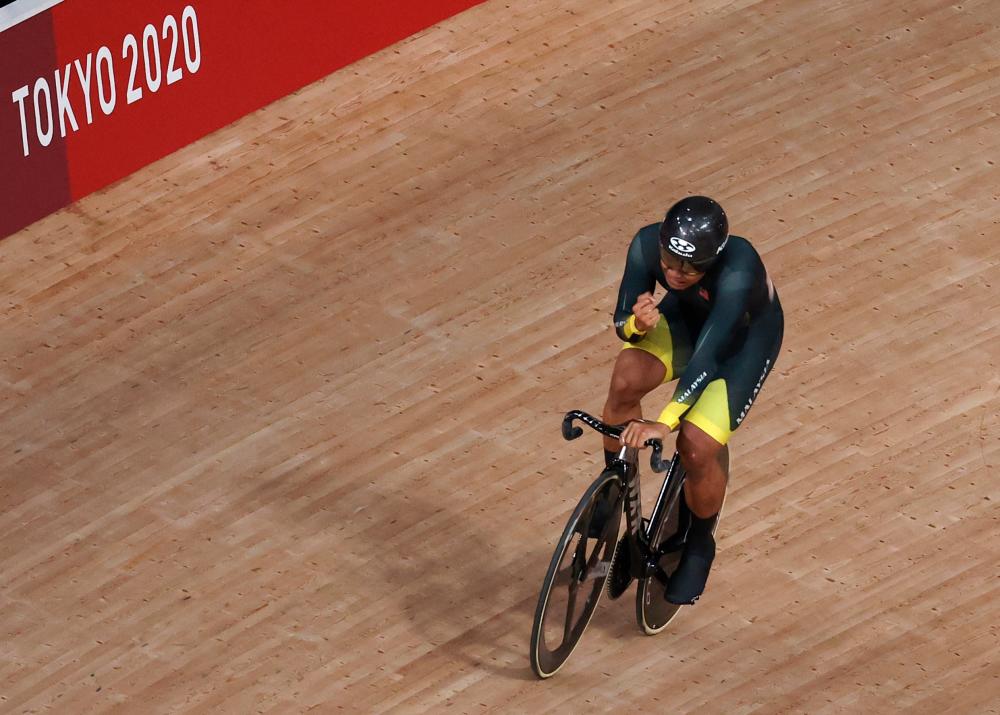 National track cyclist Muhammad Shah Firdaus Sahrom mustered up after an accident to secure a place in the repechages round and advance to the quarterfinals of the keirin event at the Tokyo 2020 Olympic Games at Izu Velodrome, Shizuoka today. BERNAMAPIX

Shah Firdaus, in his Instagram story, assured his fans that the results of the X-ray and CT (computed tomography) scan of his injuries indicated everything was fine following his collision with Great Britain’s Jack Carlin during the first round of the men’s keirin race at the Izu Velodrome in Shizuoka earlier today.

The 25-year-old rider had to be rushed to the Juntendo University Shizuoka Hospital for further treatment.

“Hi all, Alhamdulillah, I am all right. Thank you for your support and concern. Pray for my recovery and I will try my best tomorrow,” he said.

The Muar-born athlete said that such crashes were inevitable, especially in the keirin, as every cyclist has one thing on his mind - to win.

Meanwhile, he also took the opportunity to advise his supporters not to be judgemental of any other riders.

Earlier, in Heat Two of the first round, the 25-year-old Muhammad Shah Firdaus, who is making his Olympic debut, was trying to squeeze through a gap when the accident occurred. Kazakhstan’s Sergey Ponomaryov then crashed into the fallen Malaysian.

The race had to be restarted after all the heats had been completed but the injured Muhammad Shah Firdaus and Ponomaryov were forced to pull out.

But it did not stop Muhammad Shah Firdaus from producing a spirited and powerful performance in the first round repechage to finish second behind Kwesi Browne of Trinidad and Tobago and join teammate Datuk Mohd Azizulhasni Awang in the quarter-finals.

National keirin ace Azizulhasni Awang had earlier sealed his spot in the quarter-finals when he won Heat Three of the first round.

2.All travellers to UK to show pre-departure virus tests