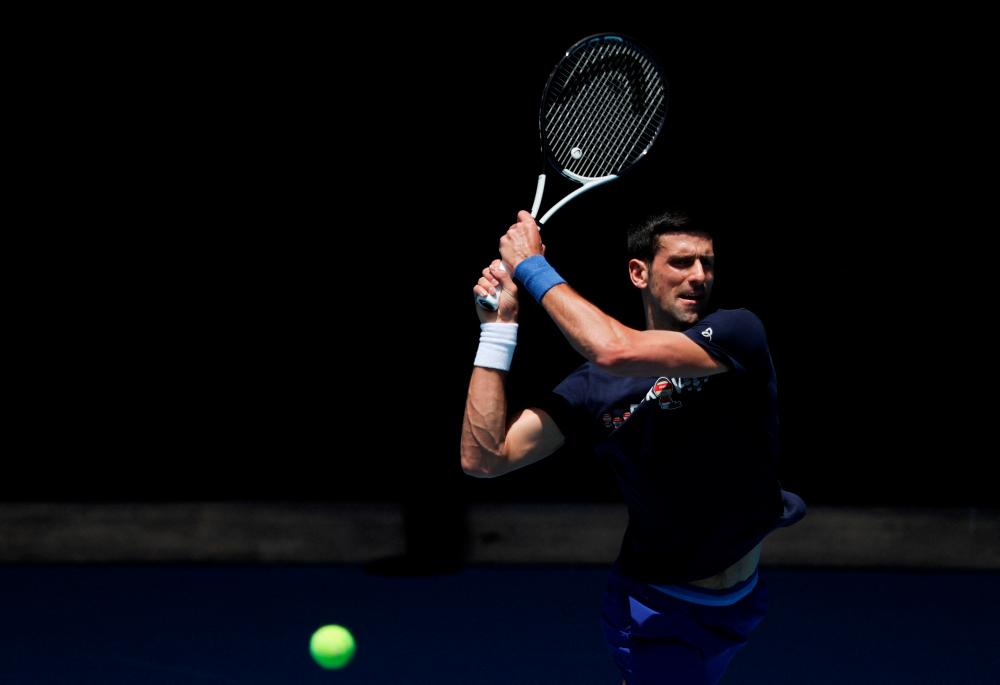 MELBOURNE: Following are reactions to Australia cancelling Novak Djokovic’s (pix) visa for a second time on Friday on the grounds that the world number one, who has not been vaccinated for Covid-19, may pose a health risk. The move effectively ends his bid for a record 21st Grand Slam title at the Jan 17-30 Australian Open.

“I note the Minister for Immigration’s decision in relation to Mr Novak Djokovic’s visa.

“I understand that following careful consideration, action has been taken by the Minister to cancel Mr Djokovic’s visa held on health and good order grounds, on the basis that it was in the public interest to do so.

“This pandemic has been incredibly difficult for every Australian but we have stuck together and saved lives and livelihoods.”

“What a surprise! Morrison’s govt cancels Djokovic’s visa to win the weekend media cycle -- showing us all how hairy chested he is. Why on earth did they issue the visa in the first place? One big political distraction from empty shelves & the national shortage of boosters & RATs.”

“It’s unfortunate that it’s ended up in this sort of situation, and who knows? I don’t know what route he goes down, if he can appeal that and, you know, how long that takes, and can he still be out practicing whilst that process is going on or still competing in the tournament?

“Fault lies everywhere here. It’s been a mess. Novak, TA, Vic Gov, Federal Gov. It should’ve been a hard rule entering this country considering what the folks have been thru. Get vaccinated and come play the AO, or if not maybe see you in 23’. No wiggle room.”

“Toxic Shame on each and everyone involved in this process...”