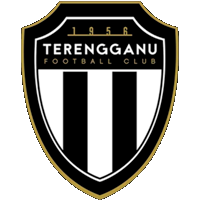 The Turtles opened account in the 13th minute through imported player Marcell N’Guessan, to give the team relief after their draw with Sabah on Sunday.

In the second half, the homesters failed to make any headway and instead TFC’s David Da Silva widened their lead in the 89th minute before Rahmat Makasuf scored his team’s third goal in the final minutes.

With the victory, TFC are now second in the table with 34 points, eight points behind JDT.

Kuala Lumpur City FC took the lead when Sabah FC defender Randy Baruh scored an own goal in the 23rd minute before Sabah FC equalised in the 66th minute through Levy Madinda’s goal.

Coach K. Devan’s squad made sure Projek FAM-MSN remain winless after scoring through a penalty by Alain Thierry Akono in the 10th minute and skipper Mohamad Zaquan Adha Abd Radzak in the 54th minute.