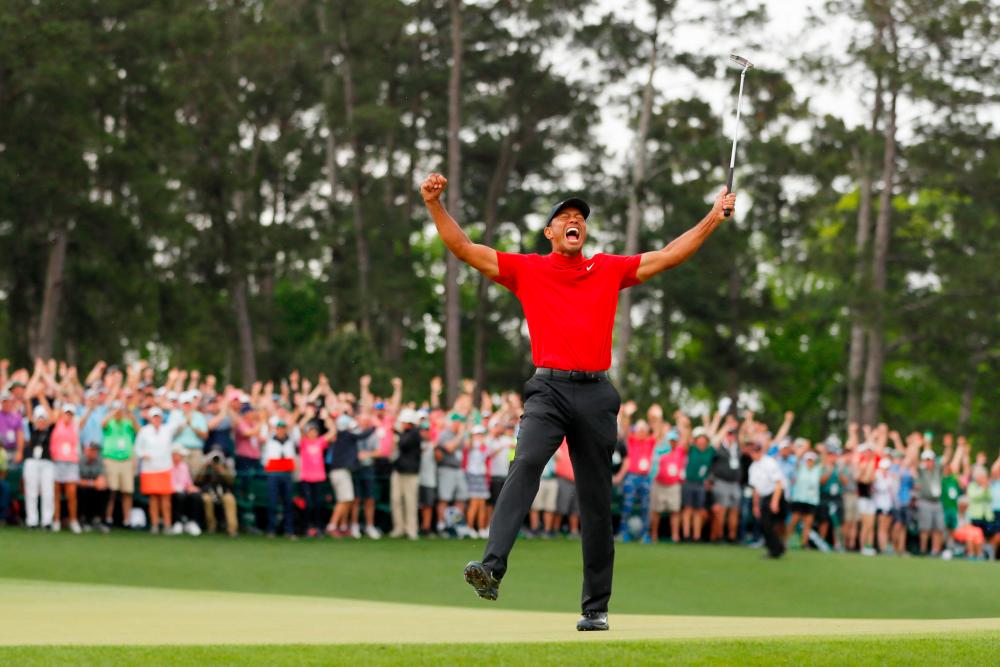 (FILES) In this file photo taken on April 14, 2019 American golfer Tiger Woods celebrates after sinking his putt on the 18th green to win during the final round of the Masters at Augusta National Golf Club in Augusta, Georgia. Tiger Woods has ruled out making a full-time return to professional golf as he works his way back from career-threatening leg injuries. AFPpix

According to the report, a source “familiar with Woods’ progress” indicated that an official announcement could come as early as next week, following more practice time and how his body reacts to increased play.

Woods was in a single-car accident in the Los Angeles area on Feb. 23 that resulted in devastating injuries to his right leg and foot. Woods said this week that amputation was a possibility before having surgery to repair the leg.

Woods played in last year’s PNC Championship with his son Charlie, who stole the show as the duo finished seventh in a 20-team field.

In speaking to reporters this week at the Hero World Challenge in the Bahamas, Woods said he was nowhere near being able to play PGA Tour-level golf, but that he can play a casual round.

“As far as playing at the Tour level, I don’t know that that’s going to happen,“ Woods said this week. “I play a round here and there. A little hit and giggle. I can do something like that. The USGA suggests playing forward. I really like that idea now.” - Reuters