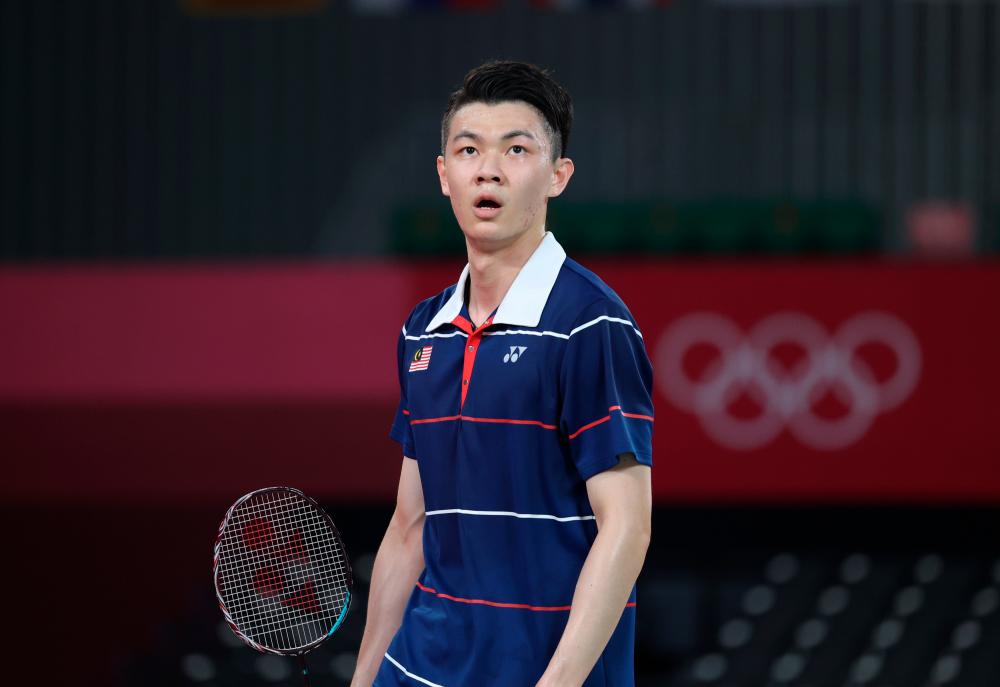 TOKYO: It was a day of mixed fortunes for the Malaysian contingent, especially the badminton camp, on Day Seven of the 2020 Tokyo Olympics yesterday.

There was joy in the morning when national men’s doubles shuttlers Aaron Chia-Soh Wooi Yik finally got the better of top seeds and world number one Kevin Sanjaya Sukamuljo-Marcus Fernaldi Gideon of Indonesia to march stylishly into the semi-finals.

This is the Malaysians’ first win over the Indonesians in eight meetings since their first encounter at the 2018 Malaysia Open. The two pairs last met in the 2020 All England, with Aaron-Wooi Yik losing 17-21,19-21.

However, by evening yesterday, a pall of gloom descended over the national camp when men’s singles shuttler Lee Zii Jia(pix), who was one of those being counted upon to deliver Malaysia’s first-ever Olympic gold, went down fighting in the round of 16.

The Malaysians, who are making their Olympic debut, now have 52 net points after four races while Polish sailors Agnieszka Skrzypulec-Jolanta Ogar lead the standings with four net points.

Race Five and Race Six will be held today (July 30).

Khairulnizam is now 27th out of 35 sailors with 153 net points, with Australian Matt Wearn leading the charge with 29 net points after eight races.

Khairulnizam and Nur Shazrin will compete in the final two races - Race Nine and Race 10 - of their respective events today (July 30).

There was no good news from the golf course either after Gavin Green’s hopes of an ideal start were blown off course when he ended up in joint 57th spot in the field of 60 participants at the end of the first round at the Kasumigaseki Country Club yesterday.

The 27-year-old is tied with Chinese Taipei’s Pan Cheng-tsung after both carded identical three-over 74s.

Hup Wei, 34, who is making his third Olympic appearance after the 2008 Beijing and 2012 London editions, will have to finish among the top-12 to advance to the final.

Azreen Nabila who has a personal best of 11.92 seconds, will be hoping to improve on her personal best after earning a wildcard slot to compete in her maiden Olympics. -Bernama