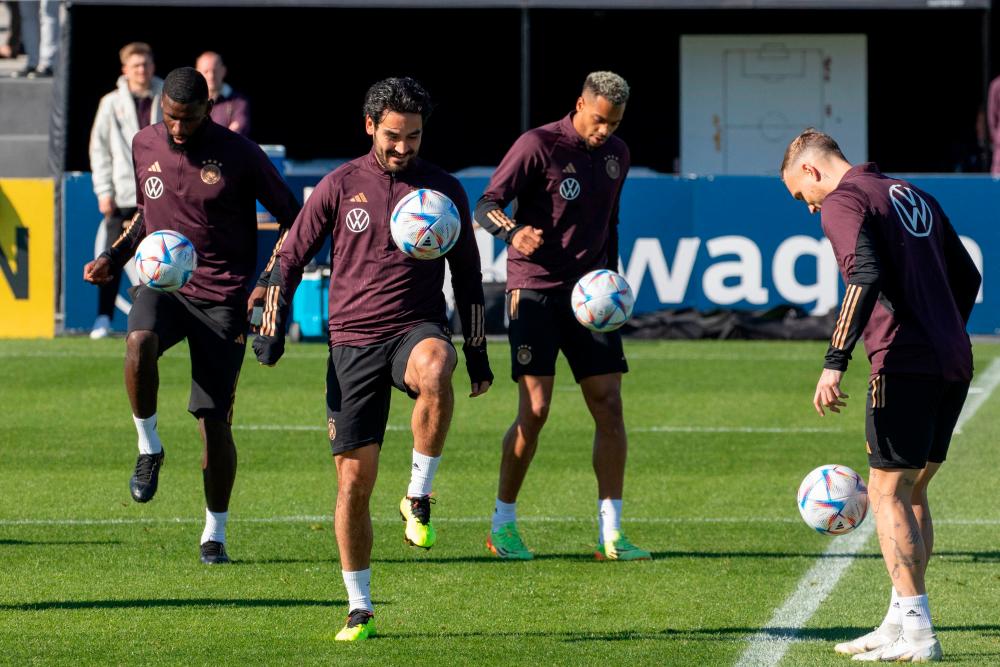 BERLIN: Germany go into Friday's Nations League clash with Hungary in Leipzig well aware of their opponents' quality, having been held 1-1 in Budapest in the summer.

Sitting behind Hungary in second in their group, Germany will have to face the Hungarians missing four first-team players, including captain Manuel Neuer, forward Marco Reus, midfielders Leon Goretzka and Julian Brandt.

Dortmund captain Reus went down with an injured ankle in his side's 1-0 derby win over rivals Schalke on Sunday, while Neuer and Goretzka (both Covid) and Brandt (flu) were ruled out on Wednesday.

Speaking to the press ahead of the game, Borussia Moenchengladbach midfielder Jonas Hoffmann, who scored in the 1-1 draw, said Germany needed to prepare for an aggressive and organised opponent.

“Hungary have a team that acts with enormous power, that goes through with their plan for 90 minutes plus stoppage time,“ Hoffmann said on Wednesday.

“We didn’t have many chances there (in Budapest) and that says a lot.

“(We must) play purposefully and consistently in Leipzig on Friday night in order to get to the opposition’s goal as soon as possible.”

West Ham defender Thilo Kehrer said his Germany side were wary of their “unpleasant opponents”.

“They are unpleasant opponents, we noticed that, but so are the Italians and the English. They will come with a lot of commitment and will.”

Manager Hansi Flick said he hoped striker Timo Werner, who will play in front of his home crowd in Leipzig, can convert his opportunities into goals.

“He always creates chances in front of goal. He frees himself up skilfully” Flick said.

“Improving his efficiency in the weeks leading up to the World Cup would be good for him and for us.”

Werner, who scored two goals in Germany's 3-1 win over Ukraine in Leipzig in 2020, has only scored once in six games since returning to RB Leipzig from Chelsea in August.

The biggest surprise from manager Flick's announcement was the inclusion of uncapped defender Armel Bella Kotchap, who was named in the squad ahead of several experienced players including Borussia Dortmund's Mats Hummels and Bayer Leverkusen's Jonathan Tah.

Paris-born Bella Kotchap made the move to Southampton in the Premier League in the summer after impressing for VfB Bochum, who he helped get promoted to the Bundesliga in the 2020-21 season.

While Bella Kotchap represented Germany at junior levels, the 190-cm tall defender was not expecting a call-up for the Nations League, saying he “didn’t know the number” when Flick rang him to tell him the news.

Ralph Hasenhuettl, Bella Kotchap’s domestic coach - who Flick revealed was a strong advocate pushing for Bella Kotchap’s selection - said the German defender had “shown the most consistent performances so far” out of everyone in his Southampton squad. - AFP