Wolfsburg down Leipzig to regain top spot in Bundesliga 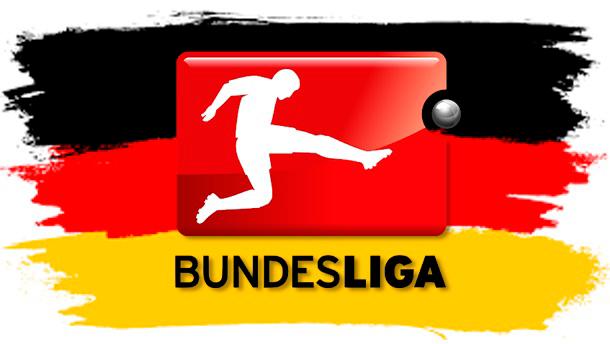 BERLIN: Wolfsburg regained top spot in the fledgling Bundesliga table Sunday with a 1-0 win at home to fellow Champions League side RB Leipzig to preserve their 100% record.

Wolfsburg grabbed the winner shortly after the break when leftback Jerome Roussillon reacted quickest to a loose ball.

The hosts scored when Wolfsburg won the ball back from a long throw by Leipzig goalkeeper Peter Gulacsi and moved the ball to the left flank.

Their Swiss winger Renato Steffen whipped in a low cross, which Gulacsi could only parry into the path of Roussillon, who smashed home his first Bundesliga goal for two years.

Under new coach Mark van Bommel, Wolfsburg are now the only team in Germany’s top flight to have won all of three games this season.

Leipzig captain Marcel Sabitzer was left out of the matchday squad amid reports he is about to join Bayern Munich.

It was a disappointing result for Leipzig coach Jesse Marsch after his team hammered Stuttgart 4-0 last time out following a shock defeat at Mainz on the opening weekend of the season.

Defending champions Bayern are third, two points behind Wolfsburg, after Robert Lewandowski scored a hattrick in their 5-0 thrashing of Hertha Berlin on Saturday.

Earlier, ex-Liverpool striker Taiwo Awoniyi chalked up his fifth goal in all competitions this season with a superb finish as Union Berlin earned a 2-1 home win over Borussia Moenchengladbach.

Th 24-year-old has now scored in each of Union’s three Bundesliga games this term and is revelling playing alongside Germany striker Max Kruse.

“He’s just an exceptional player,” Awoniyi said of Kruse, who made the last of his 14 Germany appearances in 2015.

The 33-year-old has rebooted his career with Union after spells at Wolfsburg, Bremen, Gladbach and Fenerbahce.

“He has a lot of experience and knows what he wants to do every time he gets the ball,” said Awoniyi.

“Once you play with him, he knows where you are and this has helped me a lot - it’s good for both of us.”

Awoniyi’s transfer from Merseyside was made permanent this summer after spending last season on spell at Union, where he managed a total of five goals.

Winger Niko Giesselmann gave Union an early lead in Berlin, but Awoniyi finished a move he started from inside his own half for their superb second goal.

After a strong run, he exchanged passes with Kruse, who put Awoniyi into space to round Gladbach’s goalkeeper Yann Sommer and score from a tight angle just before the break.

Awoniyi proved he can create chances as well as finish chances in the second half when his pass put Levin Oztunali in space but the midfielder fired wide.

The visitors scored a late consolation goal when Jonas Hofmann tapped the rebound in the net after a shot by substitute Laszlo Benes was saved.

Union are eighth after their first win in three league games.

Gladbach are down near the foot of the fledgling table with a point after a draw with Bayern Munich on the opening day of the season before defeats to Leverkusen and Union. – AFP