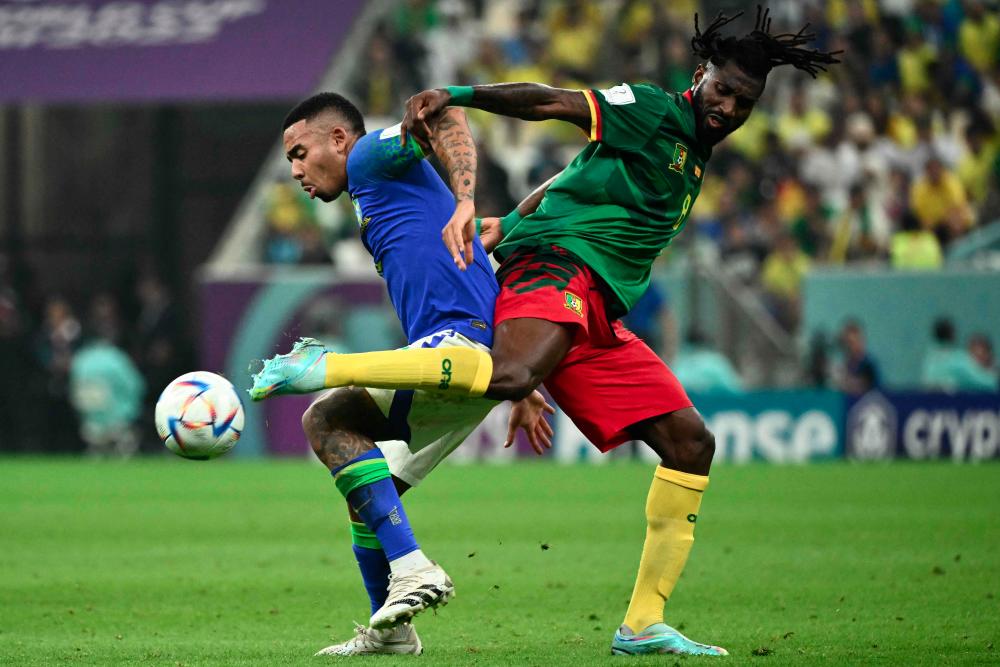 DOHA: Gabriel Jesus and Alex Telles have been ruled out of the rest of the World Cup with knee injuries, the Brazil team announced on Saturday.

The South American team said the pair, who were hurt during Friday’s 1-0 defeat to Cameroon, both underwent tests on Saturday morning that “confirmed their injuries and the impossibility of them recovering for the rest of the World Cup in Qatar”.

Brazil, who face South Korea in the last 16 on Monday, have problems in defence as Telles’ fellow full-backs, Danilo and Alex Sandro, have also had injury problems.

Arsenal forward Jesus featured in all three of Brazil’s Group G games but the five-time world champions have a wealth of attacking talent.

Coach Tite has said that star forward Neymar will play again in Qatar after spraining his right ankle in Brazil’s opening 2-0 win over Serbia.

Hopes Neymar could feature against South Korea increased after he was seen at the Lusail Stadium with his teammates, walking on the pitch without a limp. - AFP