My journey with BLACKPINK 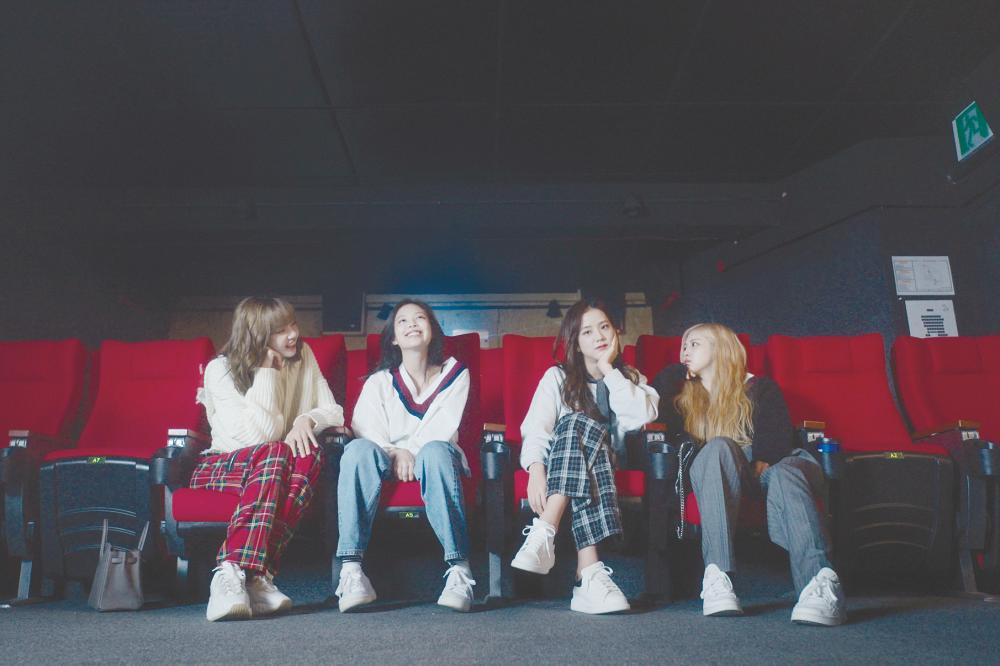 My first encounter with BLACKPINK was when I worked for an event company which brought them to Kuala Lumpur. For weeks, the office blasted their iconic song DDU-DU DDU-DU and it felt as if I was working in their studio. Needless to say, I got hooked on their songs too. When I got wind of the news about a BLACKPINK documentary, I knew I just had to watch it.

BLACKPINK: LIGHT UP THE SKY showed how each member of the group - Jennie, Lisa, Rose and Jisoo- started from the bottom as trainees in YG Entertainment. They underwent rigorous training with many girls for years before they got to debut as the hit girl group we know today.

In the documentary, Blinks get to see the group’s early days when they were just inexperienced rookies. They weathered through harsh criticisms about their singing and their dances. They were also moments where they felt like throwing in the towel and giving up. But they are where they are today because they were resilient and kept pushing forwards.

The synergy of the four together was apparent early on. No matter which group they were put in, the four of them would shine and vibe together. Teddy, the music producer and songwriter behind all of their music, commented that their four different nationalities, backgrounds and personalities really gave BLACKPINK a special vibe and identity.

Each of their personality was also shown on screen. Lisa has laser-sharp focus and the source of positivity, Jisoo rarely cries but is comedic, Rose is headstrong and a foodie, and Jennie is a perfectionist and has a heart of gold.

The documentary also took viewers on a journey by showing behind-the-scenes clips of their world tour. There were times I could empathise with their tiredness after travelling and performing day after day. I could see the fatigue-fighting to take over their whole self but they always manage to perk up right before the big show on stage.

The highlight of the show was when BLACKPINK was the first Kpop group to perform in Coachella. The group was understandably nervous and was afraid no one would come to watch them. Jisoo was also feeling really ill during the day of performance but had to power through for the fans.

They were shocked when so many people turned up to watch them perform. If they didn’t reveal that Jisoo was ill, I couldn’t tell from the clips shown at all. All the years of intense training paid off that trying day. As promised, the performances were fiery, catchy and powerful.

Since they achieved much success at home and abroad, it was surprising to find out that there were also days where they questioned their decision to pursue music as their career. During the years of training and then performing, they have to give up their social life and life can feel really empty.

Jisoo shared that she learned how to finally have fun on stage after performing at Coachella and the sentiment was echoed by Lisa. Lisa also said that after all of their successes, “It doesn’t matter if we grow old and get replaced by a new young generation. As long as there’s still someone talking about us, they will still remember how we shone so bright.”

What was clear to me was that their success also affected the people around them. They have grown close with their team from the recording studios to the makeup chair.

Many girls would be able to identify themselves with Jisoo when she visited her makeup artist to finally learn how to draw her brows properly. Like most girls, she didn’t know how to use makeup on herself and learned along the way.

Jennie’s Pilates teacher who helped keep her in tiptop shape has fond memories of her. She treats Jennie as her little sister and close friend. Even towards the end, the waiter who served them food during their trainee days still remembered them.

I could see why Blinks love them. They are all not only beautiful but smart, independent and resilient women. Together, they inspire everyone to be strong in tough times.

Watch BLACKPINK: LIGHT UP THE SKY on Netflix today!