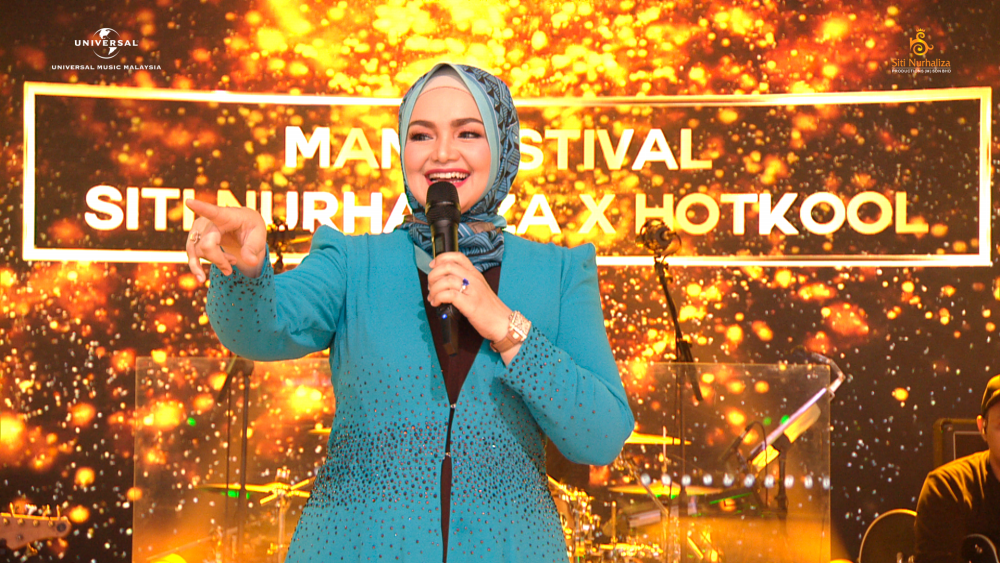 Her album received positive feedback from local music listeners and received a warm response for both digital platforms and physical album sales.

Thanks to inspiration from previous concerts that were held in Korea and Thailand, the interactive 360-degree concert via Zoom is the first of its kind in Malaysia which also made Dato Siti Nurhaliza the first artist to be involved in a large-scale online concert.

"This concert only gives limited access to 500 selected fans through a contest conducted by the official radios Hot FM and Kool FM, Donna’s media partner as well as through Dato' Siti and Universal Music Malaysia's social media platforms.”

“Although the contest was well received by fans, but due to limitations on the maximum number of viewers allowed by the Zoom app, only 500 people were able to be chosen.”

“However, it is still considered large-scale because the success of maximizing the number of spectators for online concert like this; it is as though we had managed to fill up one auditorium," explained Universal Music Malaysia’s Head of Domestic Marketing, Anne Mukhtar.

To the success of her online concert, Dato Siti said, “This concert is a continuation of the promotional activities for my ManifestaSITI2020 album and this is a new experience for me since to have a virtual concert that is interactive means that the fans were not only able to watch my performance from the comfort of their homes but they also have the opportunity to interact with me.”

“I feel very satisfied to be able to entertain the fans via the Zoom screen and I think this experience brought us closer even though Malaysia is still under the Recovery Movement Control Order (RMCO).”

Fans who missed out on her ‘Manifestival Siti Nurhaliza x HotKool’ live concert can watch the video recording of the performance which will be launched on Universal Music Malaysia’s Youtube channel on 12 August 2020 from 7am to 9am.