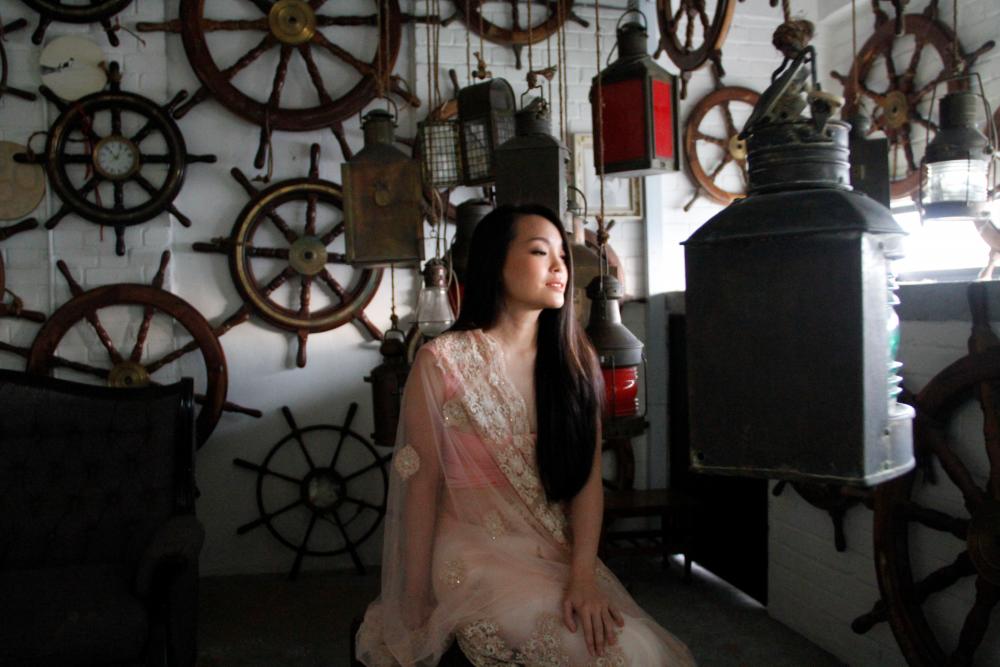 Poesy says she is the artist she is today because of her father. - Picture courtesy of Poesy Liang

FOR the remainder of the year, interdisciplinary artist Poesy Liang will be conducting a virtual exhibition of her latest installation, The Pirate’s Daughter.

The items in the exhibit were originally collected by Poesy’s father, which had a cascading effect and led to activities that almost bankrupted their family and further worsened the decline of his mental health.

In an interview with theSun, Poesy explained that the exhibit was a way for her to come to terms with the events surrounding her father and how his obsession had a lingering effect on her life for decades.

“The Pirate’s Daughter is my way of trying to solve the family problems. These objects represented his shame for many decades, and at one point, he wanted to get rid of everything,” Poesy revealed.

Even before the long-term effects of her father’s debt became apparent, Poesy had already faced gruelling adversity.

At 17, the artist found out that she had spinal tumours, which later affected her walking ability and eventually took it from her completely.

“Right after SPM, I fell down on a tennis court and sprained my ankle. This was when the tumours were growing, and we had no idea. It affected my body from the waist down,” she said.

“From then on, my weight (shifted to) the other ankle, which I very quickly sprained as well. My weight got too much for my legs. It happened repeatedly until I could not walk any more”.

Despite the odds, Poesy prevailed after three spinal surgeries and two bouts of paralysis.

“This pandemic feels like a walk in the park compared to what I had to go through.”

On whether the ability to open up and display vulnerabilities helped her to become a better artist, Poesy said it is only natural for her art to come straight from the heart.

“That is what all artists should be putting out. Vulnerability helps any human be a better person. An artist can’t hide these things,” she added.

In June, Poesy’s father passed away, and The Pirate’s Daughter morphed from a way to heal into a form of tribute.

She said she drew a comparison between her father’s behaviour and that of other artists, such as herself. She said this was something she only recently came to terms with.

“I never knew he was an artist. He did not pursue his talent as a career, but he was definitely as crazy or crazier than a lot of artists I know.”

Poesy said her father set up maritime “curiosity shops” that were like mini-museums, all of which quickly went bust, further adding to the family’s burden.

She said her father’s shops and flagship locations were the original artistic inspiration for The Pirate’s Daughter.

As to how The Pirate’s Daughter has become a tribute for her father, she says its something like a celebration of his eccentricities and artistry, and as a way for her to put into context how she viewed him.

“It took me a long time to accept that if I looked at him as someone with mental health issues, I would have seen it differently,” she said.

“With The Pirate’s Daughter, I do see this as a lifetime journey into resolving my inner pain, and I found that many people can relate to this, as it is a matter of mental health. The installation is ever changing with each location, a slightly different incarnation each time.

“I recreate the element of peace and healing, which I hope to impart to anyone who has the chance to encounter my work”. 5.Fed can control inflation, not sure about recession