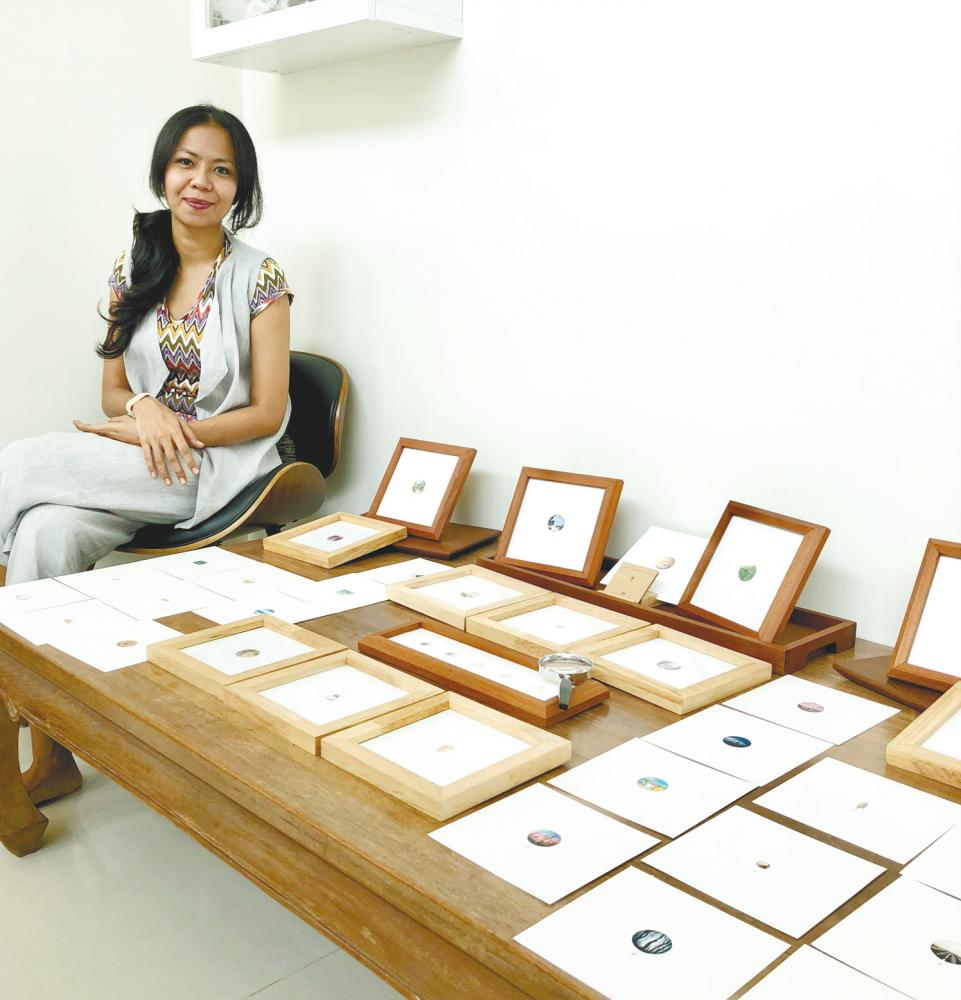 Since debuting her work on social media, Fariza has featured her art pieces in several exhibitions. – Courtesy of Fariza Basri

“Painting was my late father’s hobby, so I was exposed to painting from the young age of six. However, it was not until 2016 to 2017 when I started to get really serious and passionate about art,” said Fariza, a graduate of Universiti Tenaga Nasional (Uniten).

Her father, the late Datuk Ahmad Basri Akil, was the team manager of Kedah’s football team in the early ‘90s. In a sense, Fariza’s passion and talent could be called hereditary.

“At first, sketching and painting was a way for me to relax. It started as some casual scribbling of small drawings. It was simple and rough, but greatly helped me practice. I posted these small paintings to social media. People saw them and gave their support for me to keep on painting.

“As I continued to paint, my paintings became more detailed and complex. People loved them, and it came to a point where I was getting inquiries by people interested to purchase these artworks.

“So, I decided to frame my works and sell them as miniature paintings. From there, I participated in art exhibitions and competitions.”

Fariza’s most notable works include her rendition of the iconic image of Tunku Abdul Rahman at Stadium Merdeka during the country’s independence ceremony in 1957.

Others pieces by Fariza depart from real life and move into fiction, such as her works featuring Star Wars characters.

“Similar to most creative processes, each artwork starts from an idea,” she said. “It can be anything, from something I love, a picturesque view, a portrait of someone important or maybe even a cartoon or fictional character.

“Next, I think about translating the idea, what medium, technique and canvas [to use]. Then, I will sketch it and paint it.

“On average, it can take me around eight hours to complete one miniature painting, but it varies. There were paintings that took me days to complete.

“Although I prefer to complete a painting in one go, I have to manage my time, and spread the worktime over a few days.”

Despite the attention to detail needed for her paintings, many of which are hailed and praised due to the precision she employs in her art, Fariza claims she is torn between whether her pursuit of miniature art is a casual hobby, or something more serious.

“Painting is still a relaxing activity for me, but it definitely has turned into something more serious. I have been involved in many art exhibitions and received commissions.

“It can get really intense sometimes, but I am grateful if I can turn my hobby into a career.”

The miniature painter explained that when she began painting, she initially felt like documenting her art journey and way of artistically expressing herself.

“Although my intention is to share these ideas and experiences through art, to my surprise, most viewers relate to my artwork in the context of their own unique view.

“A subjective view, that is usually something personal to them. I really love how my art connects with people this way.”

Touching on the subject of Covid-19, Fariza notes that she had a series of exhibitions lined up, including an important one at the National Art Gallery. She was also participating in an exhibition when the lockdown was enforced, effectively shuttering the hosting gallery.

“It is sad because I was active and enjoy being involved with art exhibitions,” she said. “Indeed, it was a difficult situation for me and other artists that depend on exhibitions and events to promote their art.

“The ‘seclusion’ is a double edge sword. It can be emotionally exhausting and uninspiring being cooped up for too long.

“I presented these new artworks at the National Art Gallery for the Conservation exhibition during September and October 2020.” 4.Ukraine will never be a place of devastation: Zelensky