Being a star is hard work 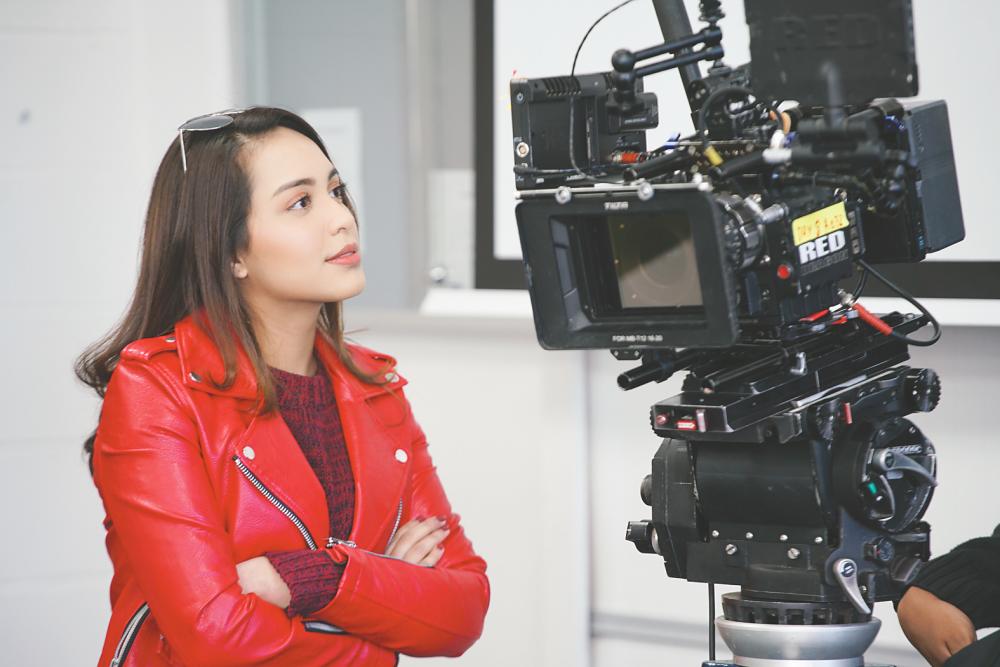 FOR a 23-year-old actress, Wanna Ali (real name Nor Syazwana Mohd Ali) is no rookie, especially if we consider the high turnover in Malaysia’s entertainment industry. The daughter of film producer Datuk Normashayu Puteh, Wanna is no stranger to the business world either.

We have seen it time and time again; an upcoming young star will lead a TV drama or movie, only to disappear from the industry, and reappear as an entrepreneur.

It is as if there is something in the formula of the Malaysian entertainment industry that has turned it into a stepping stone for a business career, instead of the cultural juggernaut that it once was.

And this fact is clear to Wanna, who entered the entertainment world when she was just 15.

“I started with singing. [I did] a bit of acting, but mostly [sang] during my high school days. It wasn’t until after university that I focused on acting,” said Wanna.

She added that for someone who likes movies, she doesn’t like musicals. With one notable exception.

“La La Land (2016) is one of my favourite movies, although I am not a big fan of musicals, in general. I just find musicals awkward. They are funny because they are not reality. I like thrillers and romantic movies.

“However, La La Land caught my attention because it is the story of a woman who is on the brink of giving up because she doesn’t fulfil the standards of beauty at the time. She is just a normal girl trying to pursue her passion, [while] at the same time, she does not fit in,” said Wanna.

The struggle faced by Mia (Emma Stone’s character in La La Land) spoke to Wanna, as it is in stark contrast to the entertainment scene in Malaysia today.

It is a sad fact that in the Malaysian entertainment industry, once you are past a certain age you are no longer in demand. No one is a star forever. It is as if no one wants to see a mature person as a lead.

“There are those who pick their stars based on the number of followers they have on social media, not their abilities, and that in itself is mind-boggling. They are looking to boost the popularity of what is produced, not [the] quality of the production itself,” said Wanna.

This is perpetuated by the fact that there is no shortage of youths willing to be in front of the camera despite their level of talent.

Looks are a big part of being a star in the entertainment industry, but perhaps what is happening in Malaysia is the result of too much emphasis on beauty over substance.

“It is as if you only need two things to make it in the Malaysian entertainment industry: be pleasing to the eyes, or have a lot of followers.

“There are a few who manage to break into the entertainment industry based on their talents, but those cases are very few and far between.”

The pandemic has forced the entertainment industry to rethink the way it does things, but it doesn’t mean that it will change its ways.

“I am paranoid about the pandemic. I can confirm that I just stayed at home throughout the movement control order (MCO). And to start shooting again next month makes me worried. But I don’t have a choice.

“Rest assured I will follow the SOP to the letter. I’m the kind of person who carries a sanitiser anywhere I go and I sanitise immediately after touching a surface. Immediately after,” said Wanna.

So, does Wanna look at the entertainment industry as her life career? Was it something that she always wanted to do?

“I have never imagined myself being in front of the camera, being on TV, or being on the big screen. But I have to admit that in school I joined a lot of singing competitions with my friends as [part of] a group.

“I did a lot of that in school. I and my group of friends took it very seriously, we even had matching outfits. We took it to a level where our group set a new benchmark for all of our juniors,” said Wanna.

She explained that although she had an interest [in performing arts] she always thought she would have a day-to-day nine-to-five job and live a normal life and be a businesswoman like her mum.

“No, I don’t see acting as a lifelong career, but it is a good platform to build a name for people to recognise me. From there I can find opportunities.”

“In the long term, I want to do something related to business actually, something to do with the family business. Maybe I will start my own business or take over my mum’s place as a producer,” said Wanna.