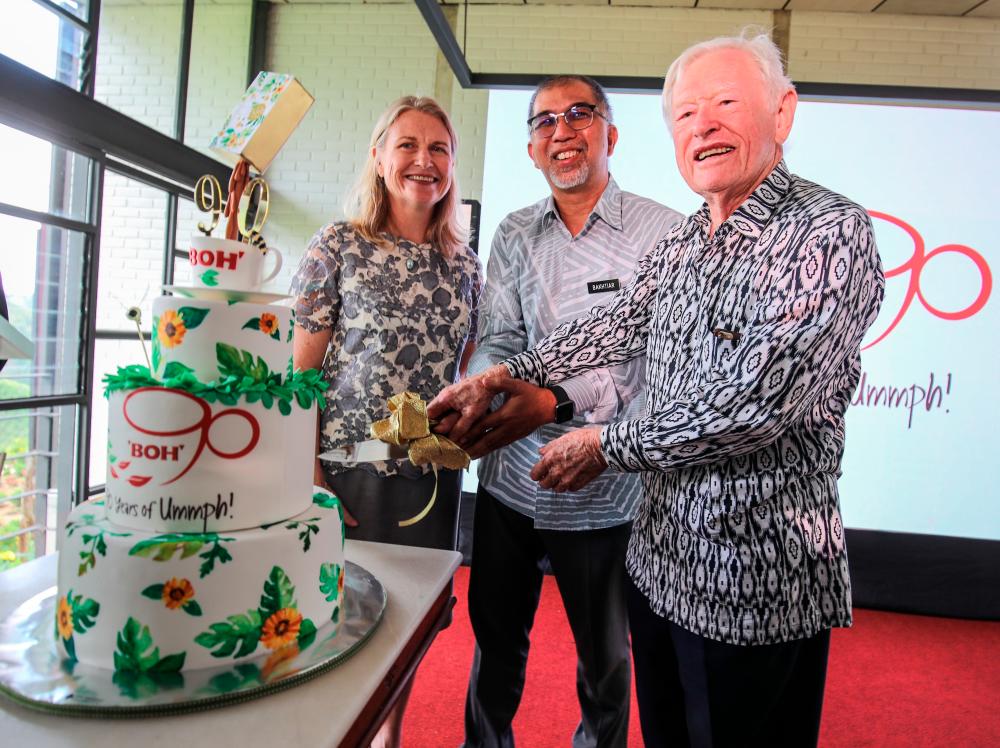 The new wing is named in honour of Datuk Tristan Russell who served as Boh’s chairman for 53 years from August 1966 to July this year.

Boh Plantations executive chairman Caroline Russell said: “Today is a significant milestone as we celebrate two very special occasions – the opening of Tristan’s Terrace at the Sungei Palas Tea Centre, and Boh’s 90th anniversary which is themed 90 Years of Ummph!”

The new wing is an extension to the centre’s cafe, Tea ‘ria now renamed J.A.’s Balcony, in reference to its 20ft overhanging balcony that also acts as a viewing deck. J.A. refers to Caroline’s grandfather, the founder of Boh Plantations.

She added that the Sungei Palas Tea Centre, built in 2007, aims to provide visitors “a sensorial and leisurely experience of Boh; from an understanding of the brand legacy and milestones, to the intricacies of tea cultivation, processing and facts about tea”.

The new wing, she said, will add a further 200-seating capacity, as well as a meeting room for small events and a tea-tasting room for visitors.

Caroline added that it was fitting to name the new wing Tristan’s Terrace, as her father – whom she dubbed a ‘tea connoisseur extraordinaire’ – is as synonymous with the Boh brand as was her grandfather, J.A., who established the country’s first tea garden in Cameron Highlands in 1929.

Muhammad Bakhtiar, in his speech, said that the Boh tea centre has played an important role over the years in attracting tourists to appreciate Malaysia’s lush tea plantations in Cameron Highlands.

“We see the opening of this new wing as important and very timely for our country’s tourism sector as it leads up to the much-anticipated Visit Malaysia 2020,“ he added.