Catch her if you can 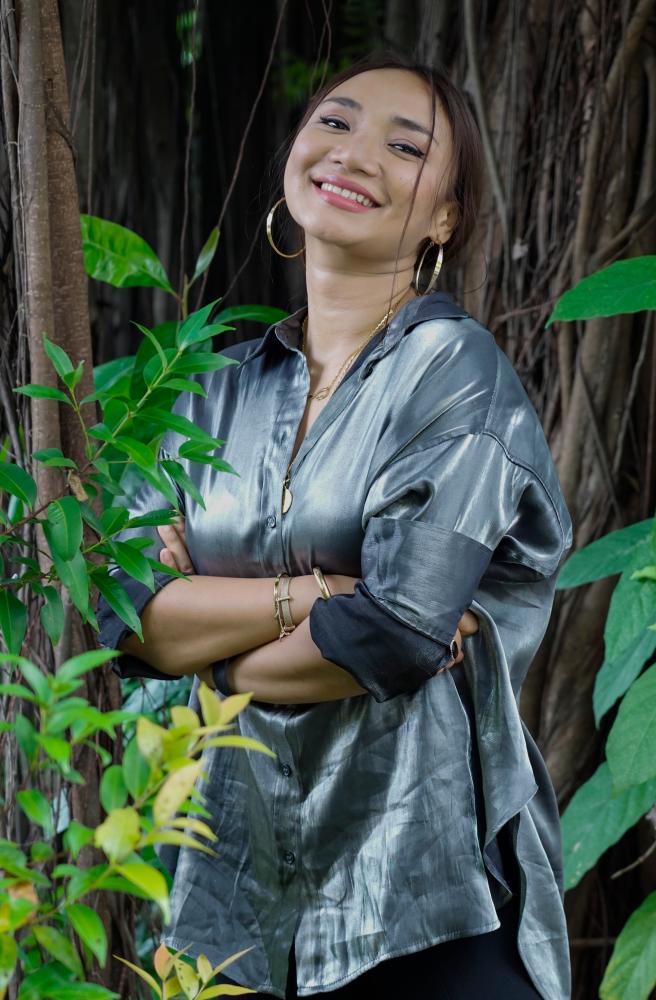 Nadia Aqilah is embracing the challenge of bringing an interesting character like Che Yah to life. — Amirul Syafiq/THESUN

AUDIENCES have long been fascinated by depictions of con artists, both on television and on the big screen. With the success of shows like Hustle and Lupin, it is evident that viewers are enthralled by the thrills of being a con artist. And local audiences are no exception to the rule.

Hence, Astro Malaysia is fulfilling that fantasy for local viewers for the first time on local television, with its latest original series, Dukun Diva. The action-packed comedy-drama centres around two female con artists, who are depicted as anti-heroes. Playing the lead character Che Yah is local singer and actress Nadia Aqilah, while her niece and partner-in-crime Lola is played by Eyka Farhana.

Her character is a failed actress who joins forces with her juvenile delinquent niece to pose as a bomoh. Together, the duo scams their way through Kuala Lumpur high society.

In an exclusive interview with LYFE, Nadia speaks about her experience shooting the series.

How did you react when you first read the script for Dukun Diva?

“At first, I was sceptical because I thought it was a different kind of genre. And then I was given a few scenes for the casting for the read. And then I spoke to the director to ask, what is the story about?

“So, when I found out what it is actually about, I realised it was something that I have always wanted to do. You know, a female-oriented story talking about female issues, fighting for the issues itself. So that was when I thought, I have to do this project!”

Were you already familiar with the bomoh culture before signing on to the project?

“I think Malaysians are very familiar with the bomoh culture. Like we grew up knowing about bomoh. So, when I heard about this idea, I thought I was going to play one of those characters but in truth, it had nothing to do with it.

“I did not even have to watch any bomoh stuff because Che Yah is literally a scammer. So, my little knowledge of bomoh was helpful for the role.

“I was also lucky because this time, the writer, producer and director created the role for me. We created it from scratch, and so that was my direction.”

Speaking of Che Yah, was it difficult to bring her to life?

“I won’t say it was not difficult ... but the process was fun. It was digging things that I never thought I knew. Like I always wanted to do a comedy, but I never thought I would be able to carry a comedic role because Che Yah is technically not funny.

“But the situation she is in is funny. So that alone was the comedy part, because I did not try to be funny.

“What people do not know is I am actually revealing a bit of ‘Nadia Aqilah’ in Che Yah. But of course, a bit more exaggerated.”

Were there any memorable moments on set?

“A lot actually. Like when I look at episode one, I had a scene with my sister in a hospital. The last time I went into a hospital was when I was taking care of my dad. And so, when I had to shoot it, I asked myself if I was ready for it.

“But looking back at it now, I remember I was channelling the grief I had for my father a little bit for the scene. And that was nice actually to face my own grief.

“So yeah, that was one of the most memorable personal journeys of my life after I came back. Because I could not do it before that.”

How was it like having Eyka Farhana as your sidekick throughout the film?

“I am so blessed to have her as my Lola. I do not know how did we get so close somehow. I think it is God-given. I think within the second day itself; we were already talking about our heartbreaks and other nonsense. Like how come we got so close, we do not remember.

“But because of that relationship, it was very comfortable to work with her on set. And if you ask me if I would work with her again, I would say yes and yes again. She is very lovable, hardworking and very passionate. She is also a little bit broken and lost.

“And I love that about her because I am also like that. Although there is almost a ten-year age gap, we clicked so well. We have that sense of connection.”

By any chance, do you plan to get back to music?

“I do want to release songs but I am so anxious about it. When I was younger, I would write songs every day and just release them. But now, I overthink ‘what if people do not like it?’ So, now I feel like I want to do it just for myself.

“But maybe who knows, we will see, but I will say I have started going on my musical [phase]. And I feel like I might still have it. But we will see where it goes!” 4.MPIC in the midst of discussions with MOF to slash palm oil export tax: Zuraida