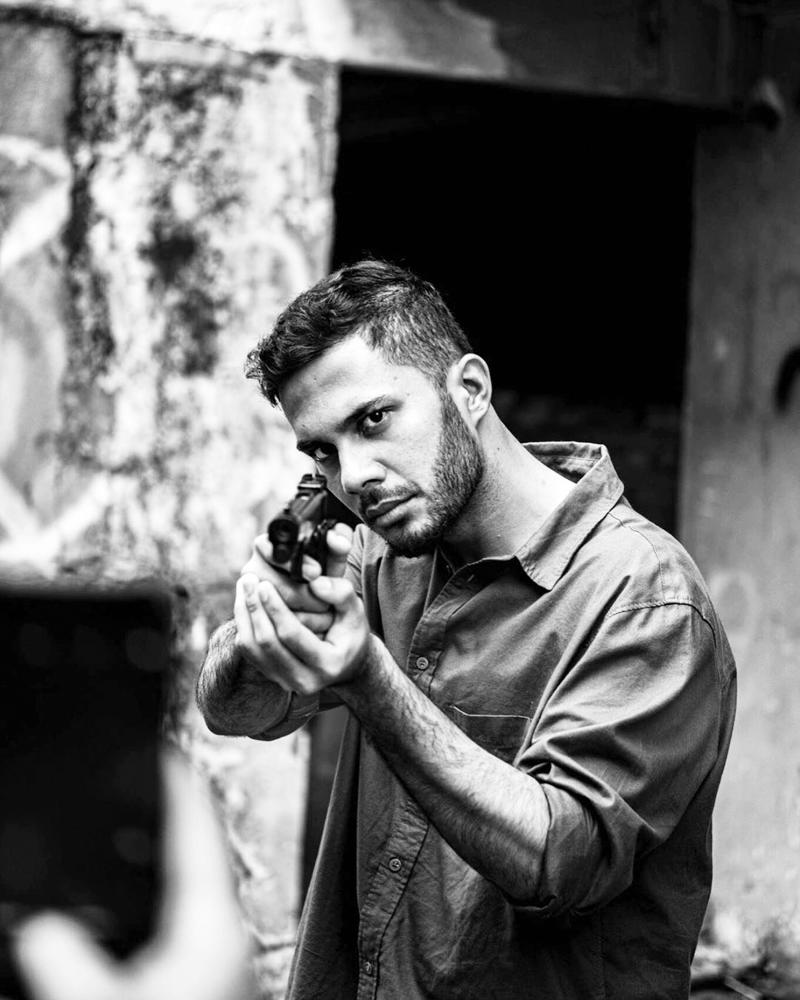 With a few serious roles already under his belt, Fikry hopes to go regional in his acting career. – Photo by Sufian Abas

FOUR years ago, stand-up comedian Fikry Ibrahim entered the television competition show Lawak Solo, where he won third place. Since then, the competition has brought about many new career opportunities for him. He has received numerous acting, TV hosting and modelling assignments.

His Instagram followers have also increased tremendously. To date, he has more than 1 million Instagram followers. It cannot be denied that he has one of the sweetest smiles in the Malaysian entertainment industry, and can melt any lady’s heart. His friends have described him as a “happy-go-lucky” person.

When 26-year old Fikry is not working in front of the camera, he does not remain idle. He is actively involved in sports such as jet skiing, motorcycling and futsal.

“My grandmother raised me. I grew up poor in Pekan Napoh, Kedah. But I never regretted my childhood years. Being poor motivated me to make something out of my life. I wanted a better life for myself and my grandmother.

“I worked hard towards achieving this goal. If I was born rich, I would probably end up as an aimless, spoilt brat.”

Did you always want to be an entertainer?

“Yes. I wanted to be a comedian. I loved watching sitcoms and comedy shows when I was young. One of my all-time favourite comedy shows was Maharaja Lawak.

“People have made me laugh. I would like to return the favour. I want to make people laugh. People need laughter constantly in their lives.”

Tell us about your exciting future projects.

“I just completed shooting for the TV series The Bridge. This is my first time in an [antagonist] role. I am playing a rich, spoilt brat.

“This is also my first English-language TV series. I am so grateful that I have a few important scenes with talented actor Wan Hanafi Su, who plays my father. I learned so much from him.

“In the film, I play a lecturer who cannot get along with his father-in-law, played by Eman. I am really grateful for these projects.”

You wanted to be a comedian. But this year, all your acting roles are serious.

“Yeah. That is strange. I hope I will not lose my comedic side (laugh). But I have no regrets. I got the chance to learn through these roles. I am always a comedian first, an actor second.”

Where will we see you five years from now?

“I would like to try my luck as an actor, outside of Malaysia. I could penetrate the Indonesian and Thailand market. I have also started a hair salon, Dashing Diva (in Putrajaya). I am also in serious discussions to promote a health product in the near future. I can’t discuss this business deal yet. In future, I want to establish myself as a businessman.”

You are pursuing a Masters in Mass Communication, majoring in advertising. Tell us more about it.

“I believe education is important. Education makes you knowledgeable. Trust me, knowledge is never wasted. Knowledge makes you a better actor, and a better human being. Everyone should pursue education.”

What advice can you give to young talents who want to join the Malaysian entertainment industry?

“If you chase after fame, you are not going to last. You must be willing to work hard. You must be dedicated. One person I really admire is stand-up comedian Douglas Lim. He is the most hardworking man I know.”

Let us talk about your love life. Do you have anyone special?

“(Laughing) I am very much single. If you have anyone to recommend to me, let me know!” 2.Kyrgios eyes Wimbledon quarters as Nadal picks up the pace