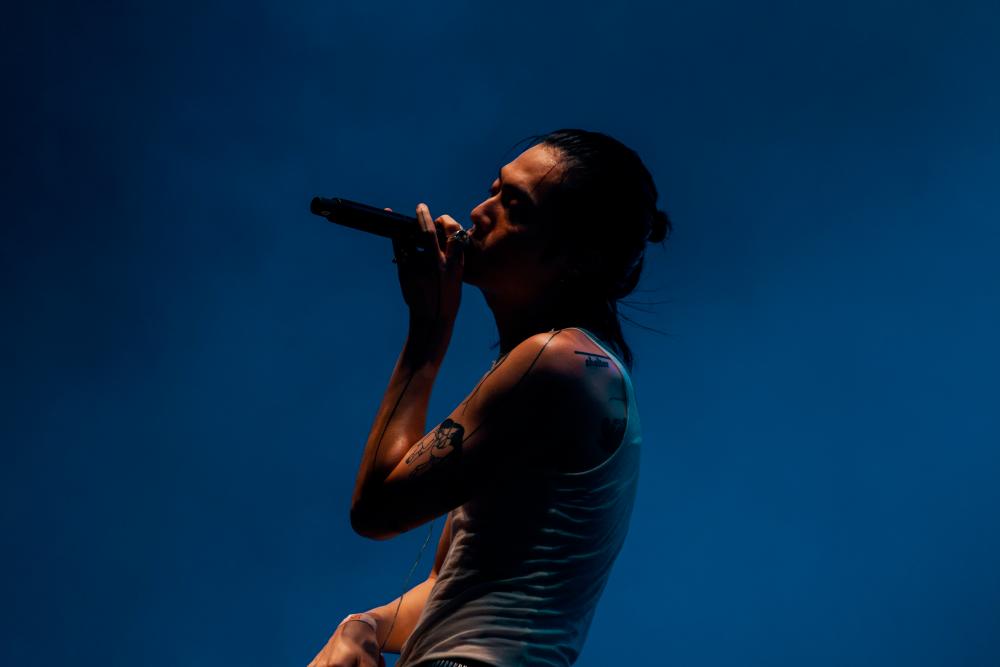 Music has been a part of his life from a young age. – GOOD VIBES WEEKENDER

ONE of the oldest and most natural forms of human expression is singing. Every age group, every culture, and every level of ability may appreciate this form of art. Because of their music, singers have a huge impact on the public.

theSun recently spoke with Penang-born singer-songwriter NYK (real name Nicholas Ng Yungkit), who has been making waves with his songs.

Music has unavoidably been a part of his life, and NYK considers himself lucky because he was fortunate enough to make a career out of a hobby.

NYK clarified: “I just really liked listening to music, and I recall watching some production videos by Pharrell and realised you could do it yourself; you could actually write your own music.

“So, I gave it a shot, and the rest has been flowing as it is, while still setting rough goals to aim towards.”

NYK classifies himself as a tenor. A tenor is a classical male singing voice with a vocal range that falls between counter-tenor and baritone. It’s also sometimes referred to as the highest male chest voice type.

In 2017, NYK made his initial foray into the local music industry with his single FWB. He also opened for and performed alongside artistes including HONNE, James Arthur, and The Sam Willows. Whatever you call it – the muse, inspiration, vision – creativity may sometimes be in short supply. A lot of artists would concur that this is a bothersome aspect of their professional existence. The good news is that there are usually workarounds.

As stated by NYK: “My inspiration for songs comes from anything, anywhere and anytime. Internally, externally, past, present and future.”

NYK, like the most of excellent musicians out there, has a list of several artistes who have motivated him to pursue a music career.

“It’s probably John Mayer that got me into song writing, and Frank Ocean and Sampha that guided the direction of how my music sounded like,” he remarks.

Creativity is a subjective, ambiguous concept that is difficult to describe. Music functions as an active component in self-care, allowing one to maintain a consistent vision of themselves and comprehend who they are.

NYK describes his music as a “struggle of identity” that’s finally taking shape in the form of R&B, indie and hip hop. When asked what was the biggest highlight of his career thus far, NYK says: “I just played to the biggest, most loving crowd at Good Vibes Weekender [in September]. I honestly had no expectations (and maybe some self-esteem issues about my music), so seeing the crowd screaming and singing along to my music was truly something else.”

The life of a musician includes benefits and drawbacks, much like many creative careers. There are some unseen stories hidden underneath all the songs and music that we listen to.

There is also no lack of stories about artistes who committed their entire lives to music. Only they are aware of the histories of each of their professional trajectories.

When he first began his career in this field, NYK had his own hardships. “In a career as volatile as mine, there are periods of intense work and then longer periods of absolutely nothing going on that can breed laziness. I’m working on staying disciplined even during those downtimes.”

Speaking of his music, NYK said: “I made some already. And for once I have to say I’m pretty happy with what I’ve been writing.”

NYK stated that he believes his lyricism, which allows him to express his message, is one of his best qualities. He remarked: “I’m incredibly skilled at expressing my ideas in words.”

NYK also addressed those who have helped him in his journey, such as his crew, stating that every single individual engaged in the development of his songs was a pleasure to deal with.

As I concluded my interview, I asked NYK one final question. I asked what is the one message he would like to give to his fans.

He replied: “ I love you guys, and it’s literally not possible to keep this going without you. I do it for love of music, but I also do it for you. It’s the least I owe you.”

Some lucky fans will next be able to see NYK share the stage with international pop duo The Chainsmokers and fellow Malaysian rapper Yunohoo at the Skytropolis Indoor Theme Park at Resorts World Genting on Dec 9 as part of the Heineken Refresh event.