Elvis is a blitzkrieg montage

Baz Luhrmann’s Elvis doesn’t really have much to say 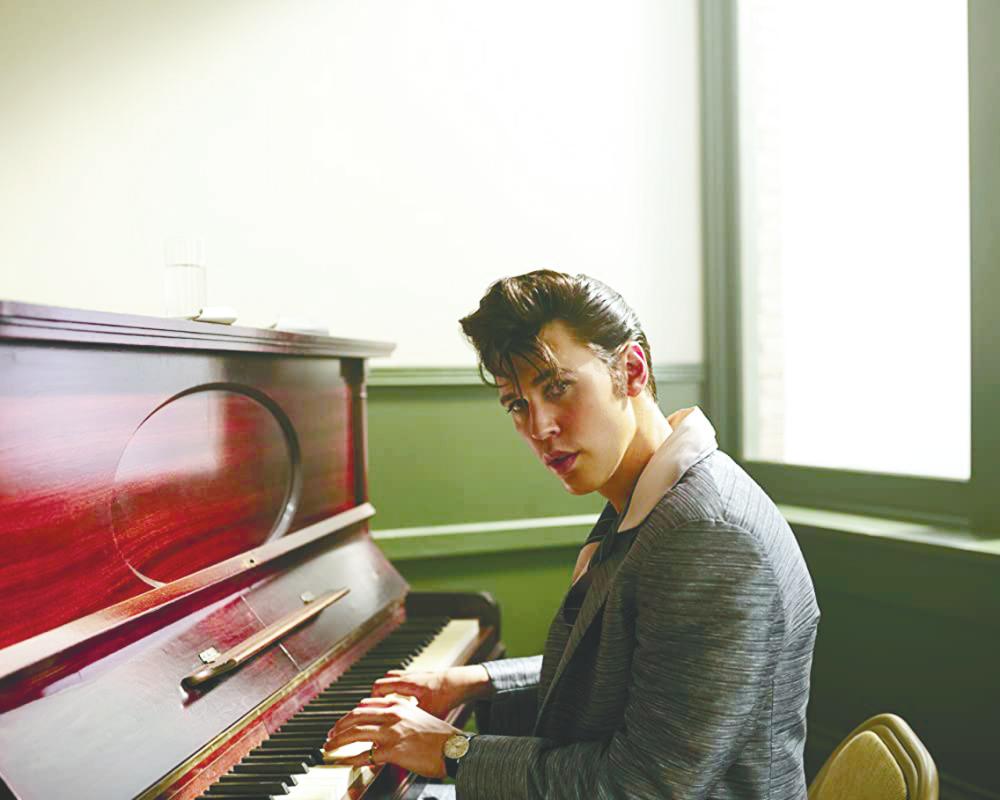 The film is a distilled story of Elvis Presley, told through the perspective of his manager, Colonel Tom Parker. – WARNER BROS. PICTURES

FOR a movie about Elvis, called Elvis, starring Austin Butler as Elvis, and Elvis being on all the posters, trailers and promotional material, it was a bizarre choice to make Colonel Tom Parker (Tom Hanks) the main character instead.

Yet, that is exactly what director Baz Luhrmann does with the biopic, with the kind of in excess style and direction that coalesces with the film’s witless, high energy editing that ultimately turns Elvis into a frenetic experience.

An assault on the senses, Elvis’ hyperactivity almost succeeds in distracting the viewer from the fact that this isn’t a film about Elvis, but one about his slimy manager, Parker.

Elvis opens with Parker - played by Hanks in a fat suit, and a goofy accent you’d imagine Colonel Sanders would have on a KFC commercial - being rushed to the hospital, practically on his death bed.

The rest of the film is essentially framed as Parker - speaking from the dead, with Hanks’ cartoon accent and Luhrmann’s words - attempts to justify what happened to the King of Rock and Roll.

The film is essentially moulded as the last dream Parker has before kicking the bucket.

This isn’t a joke.

Every once in a while, with no grasp of timing or logic on when or why these scenes are spaced the way they are, the dying Parker will appear, as he waddles like a penguin against a poorly CGI’d casino to interject how he did nothing wrong and how he did not treat Presley like a slave.

Due to how Hank’s Parker narrates everything, Elvis provides no insight into what the man the film is titled after, and Butler’s Presley becomes merely a puppet being stringed along by the film’s director.

It would almost be symbolic, if it wasn’t such tragic filmmaking.

Lost in the rock and roll lifestyle

Pinballing through major events, leaving out the nuance in between each moment, Elvis blitzes by so fast, I somehow missed whether the film included the death of Presley’s mother or how he groomed 14 year old Priscilla.

Reading Presley’s Wikipedia page would be faster and prove more insightful on how music shaped him and how he shaped music in all its aspects than the entirety of Elvis’ almost three hour runtime.

It’s impressive despite how long the film is, and how Luhrmann bludgeons viewers with almost every important moment in Presley’s life, the film still fails to say anything of value as Luhrmann seems too preoccupied with the razzle, dazzle and spectacle of Presley’s musical life.

I say “almost” because Elvis completely skips - or rather, distills - Presley’s film career into a single throwaway line, mentioned in passing from - surprise, surprise, - Parker.

In the moments between Hank’s insufferable, possibly career-worst performance as Parker, and the “edit two frames into this one shot, add ten different angles, zoom into the pores of seven different extras, whip the camera around 180 degrees” assault, Butler delivers an amazing performance as Elvis Presley.

The music sequences, where Butler’s stamina, vocals and stage presence are strained to their absolute limits, and the actor spectacularly comes out on top, easily delivering a performance that distinguishes himself from the usual Elvis Presley fan mimicry.

In the even rarer moments where scenes are given enough time to breathe, Butler’s Presley transcends the mimicry further, exuding what Presley felt, went through and became, particularly in the legendary musician’s last years alive, after the corrupt managerial practices of Parker and the prescription drug abuse broke him spiritually, mentally and physically.

But there scenes are far between each other, as Luhrmann is far more obsessed with the spectacle of Elvis Presley.