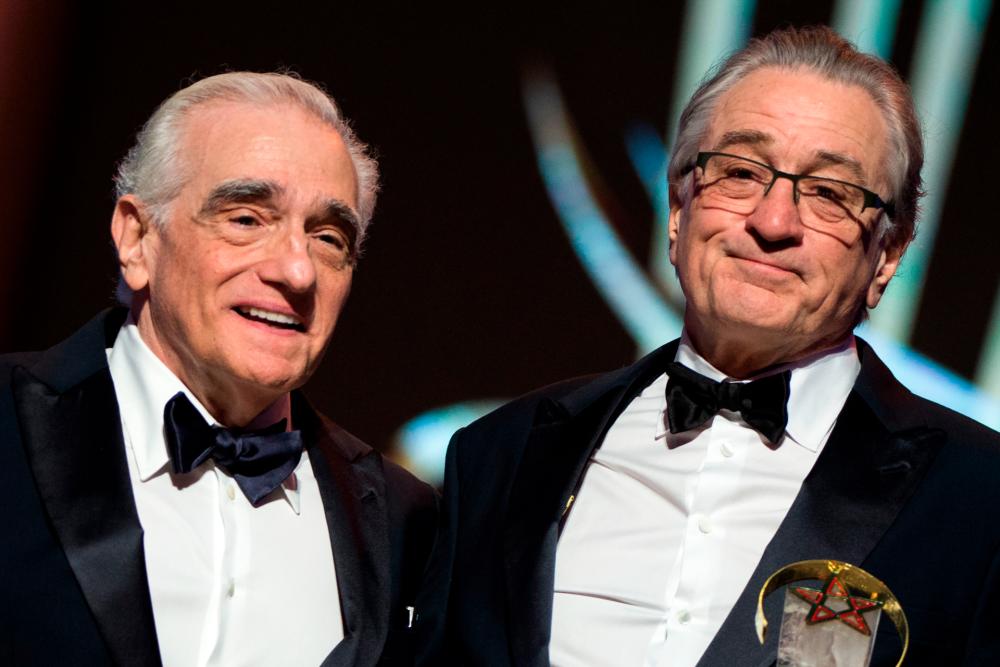 AFTER Marvin’s Room and This Boy’s Life, Robert De Niro will again be working with Leonardo DiCaprio in Martin Scorsese’s Killers of the Flower Moon, according to Deadline Hollywood. While negotiations are still underway, filming is expected to begin in mid-2020.

In his next film, Martin Scorsese will be bringing two of his key actors, Robert de Niro and Leonardo DiCaprio, together again. If all goes well with the agreements, the thriller Killers of the Flower Moon will be the first time the two Oscar-winning actors have worked together since This Boy’s Life in 1993 and Marvin’s Room in 1996.

The film is an adaptation of the book by the same name by David Grann. It relates the true story of murders of members of Oklahoma’s Osage tribe after oil was discovered on their land in the 1920s.

Filming is set to begin in spring 2020 with an autumn or winter release date. Eric Roth, who won the Oscar for the screenplay of Forrest Gump in 1995, is set to write the adaptation which Imperative Entertainment paid five million dollars for in 2016. In the film, which will be produced by Paramount, Robert De Niro is expected to star as serial killer William Hale, according to Deadline.

The project will be the 16th time Martin Scorsese and Leonardo DiCaprio have worked together, after such blockbusters as Gangs of New York, The Aviator, The Departed, Shutter Island, and The Wolf of Wall Street.

As for Robert De Niro, the Godfather actor has appeared in several of Scorsese’s now-classic feature films, including 1976’s Taxi Driver and 1990’s Goodfellas.

The two have worked together on nine films in total, the most recent of which is The Irishman, for which a teaser dropped July 31.

That movie will open the New York Film Festival on September 27 before airing on Netflix. - AFP