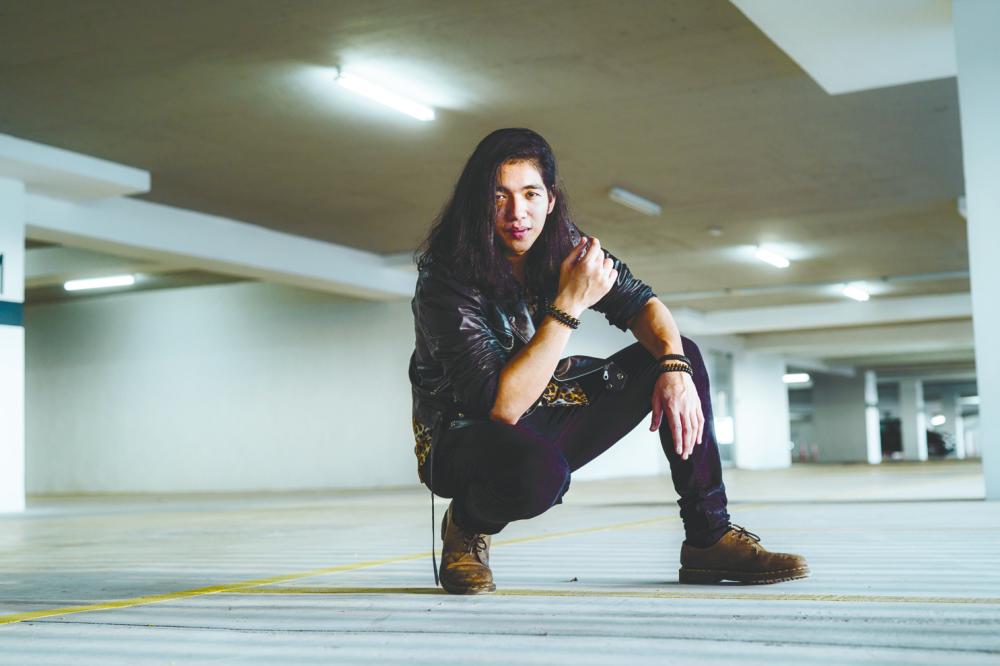 As much as he loves Malaysia (especially the food), Maha has never really had a problem settling down anywhere on his own. - MAHA JEFFERY

“The song is about finding solace in grief and seeking comfort in the loss of a loved one through [shared memories],” said Maha, who wrote the song for his girlfriend’s late grandfather that passed on.

“It wasn’t until my own grandfather passed when I realised that maybe it was meant for me as well.”

Daisy then came about after Maha’s girlfriend asked him to write a song about grief for her to help her cope with the loss. The song was then written acoustically, as the musician believes that “if a song sounds good stripped down, then it’s a good song”.

“I remember when I first played it to her and she loved it. This was also around the time I was learning how to produce my own music, so once I had it done, I started building the full form on Ableton, so with drums, bass, electric guitar, strings (and so on).”

“Once I was happy with the demo, I shot it over to my producer so we could work on fully fleshing it out. What really made it for me was my girlfriend’s reaction when I finally let her listen to the final master.”

Despite starting out as a ‘bedroom musician’, Maha has been around the block, growing as a musician through the years, from releasing his EP Changes while living in the United Kingdom, to forming local rock-band TMJB with other indie heavyweights, such as Leon Sapphire.

Currently, Maha is back in the UK to complete his Bar Professional Training Course, after several setbacks, particularly Covid-19.

The flurry of singles that include Daisy are building up to the release of Maha’s first full length album, C.A.I.S.O that will be released in 2022.

“Silver Horse, Used to Be, Cosmic Sonata and Daisy are all going be on the album. There are about 12 tracks on it and I might be releasing a couple more before the album launches next year,” he explained, joking that the 2020 single Watermelon Juice won’t be on the debut.

Maha speculates that he wrote hundreds of songs during lockdown, but he did not just want to lump a few unrelated tracks together and call it a day.

“It wasn’t until I wrote Cosmic Sonata one night when everything finally clicked,” Maha said in response to concept albums.

“I’ve always been a big fan of ‘space western’ type shows ala Blade Runner or the recent Mandalorian,” he said. “C.A.I.S.O (which stands for Con Artist Intergalactic Space Opera) [will be] a concept album through and through and my love letter to space westerns”.