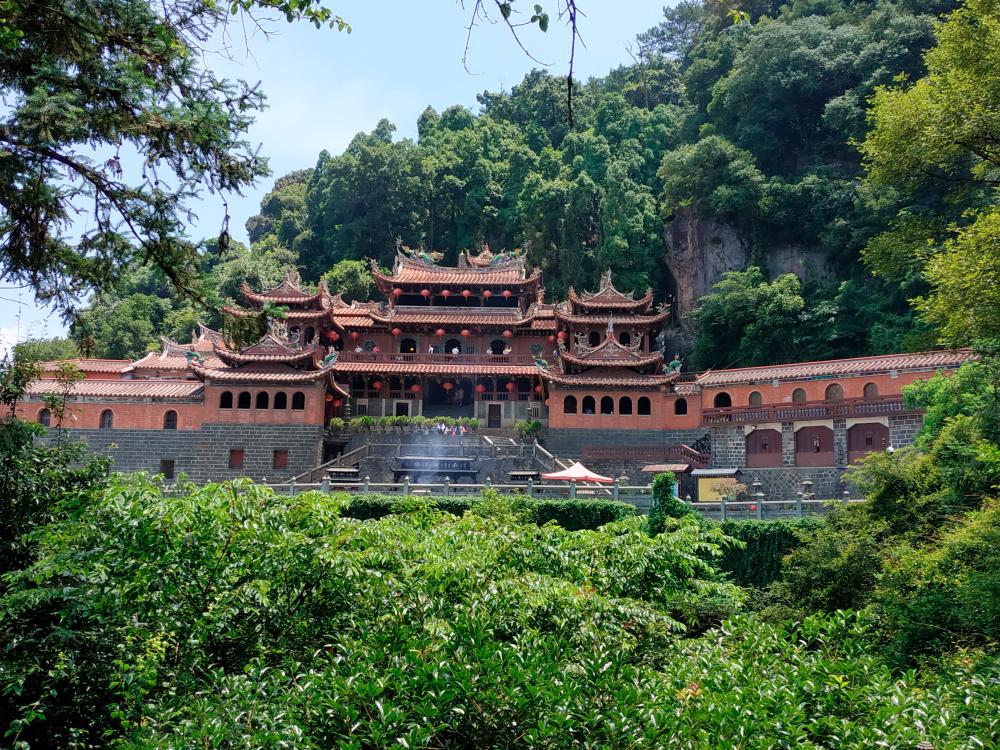 QUANZHOU is a thriving city of commercial shopping centres, modern buildings and a bustling public transport system. Still, in its rush to modernise, it has not forgotten its past.

When it comes to preserving its heritage sites, artefacts, cultural practices and even costumes, few cities can come close to Quanzhou.

Its early days as a major port for foreign traders to China as well as the starting point of the Maritime Silk Road into China turned the city into a culturally diverse and cosmopolitan centre with Buddhist and Hindu temples as well as Islamic mosques and Christian churches.

It’s no wonder then that this Chinese port city, on the north bank of the Jin River in the Fujian province facing the Taiwan Strait, is recognised by Unesco as a World Museum of Religions with the establishment of the first World Multicultural Centre in the city in 1991.

One of its more popular temples due to its proximity to the city centre is the Southern Shaolin Monastery. The monks’ way of life as well as their practice of the famous Shaolin martial arts have made the temple quite an attraction for tourists and locals alike.

Many city folks are wont to send their misbehaving children to the temple for some martial arts lessons in hopes of instilling some discipline in them.

For those who want to know more about Buddhism studies, the place to go to is Kaiyuan Temple located in the populated area of West Street.

Outside the temple stands two imposing pagodas, the Zhenguo Pagoda and Renshou Pagoda, which reach a height of 48.24m and 44.06m respectively. In the olden days, these pagodas even serve as a lighthouse to guide boats into port.

Another temple not to be missed is the impressive Qingshui Rock (also known as Qingshui Yan) Temple, located in the Anxi county, about an hour’s drive from Quanzhou.

The temple was constructed to commemorate its founder, a monk from the Northern Song Dynasty called Chen Puzu.

It stands at the foot of the Penglai Mountain, facing a ravine, with the three-storied pavilion-style temple forming what looks like the Chinese character ‘di’ (meaning emperor).

Quanzhou is also home to the very first Quanzhou Qingjing mosque that ever existed since the Song Dynasty.

Located near the city centre, the mosque was a gathering place for Arab traders and merchants who had come to Quanzhou for trade back in the day.

The mosque is still in use today. It remains a gathering spot for Muslims during the Eid (Hari Raya Aidilfitri) celebrations and has rooms for Muslims to do their prayers.

Aside from religious buildings, Quanzhou also boasts of other ancient sites worth a visit.

They include the Luoyang Bridge, located at the mouth of the Luoyang River. This stone bay bridge near the city centre extends from a dyke made of stones, passing an island called Zhongzhou in the middle of the river, and entering the Luojiang district at its southern end.

Spanning 731.3 metres long, it is considered as one of the four ancient bridges in China as it has been around since the Song Dynasty (970-1279).

Make sure to drop by Chongwu ancient city. Besides admiring its many stone sculptures surrounding its beaches, you can also try on special Hui’an maiden clothes worn by the womenfolk when they go fishing by the sea.

Then there is the Min Nan language puppet show, where performers expertly manipulate puppets to make them dance, run and walk to entertain the crowd.

In the Qingyuan national park stands a well-preserved statue of Lao-Tze that has been around for some 1,000 years since the end of the Tang Dynasty.

This statue of the founder of Taoism sits serenely at the foot of a Mount Qingyuan and is a favourite spot for photographs among tourists and locals alike.

All in, Quanzhou is a place worth visiting not only for its modern lifestyle but also for the city’s cultural and heritage preservation efforts.

The writer’s media familiarisation trip to Quanzhou was at the invitation of AirAsia and sponsored by the Quanzhou Tourism Board. AirAsia flies to Quanzhou from Kuala Lumpur daily.