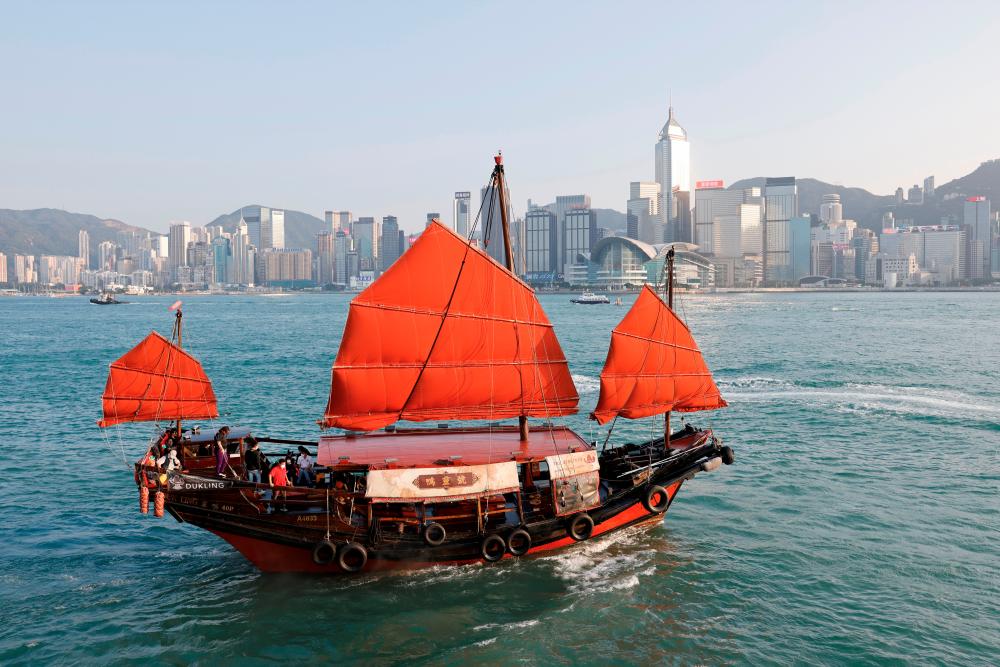 Built in 1955, the boat was once owned by a fisherman who lived on the vessel with his family. It has been used for harbour tours since the 1980s, and the current operator has run the service since 2014.

But with the border all but shut for non-residents for roughly the past 10 months, Dukling Limited’s director of business development, Charlotte Li, says foreign clients are virtually non-existent.

“This disease has had a massive impact on the entire planet and Hong Kong is really dependent on trade and tourism,“ said Li, seated in the wooden boat.

Visitor arrivals have been down 96-99% year-on-year for every month since February. At its peak Hong Kong received almost 7 million visitors per month.

Still, Li has preserved about a third of the business by offering tours in Cantonese rather than English and sailing to more distant Hong Kong locations to attract more local residents.

“My kids love boats,“ said Edmund Kwok, a 36-year-old engineer, on a tour with his wife and two children.

Traditional Chinese junk boats were originally used for fishing and transportation. Tourism has prompted more such boats to float across Victoria harbour, but many are believed to be just replicas.

“Every piece of wood and every bit of furniture here has its history,“ Li said of the Dukling. “This boat really represents Hong Kong.” - Reuters