Indonesians use exorcism to try and ‘cure’ LGBT 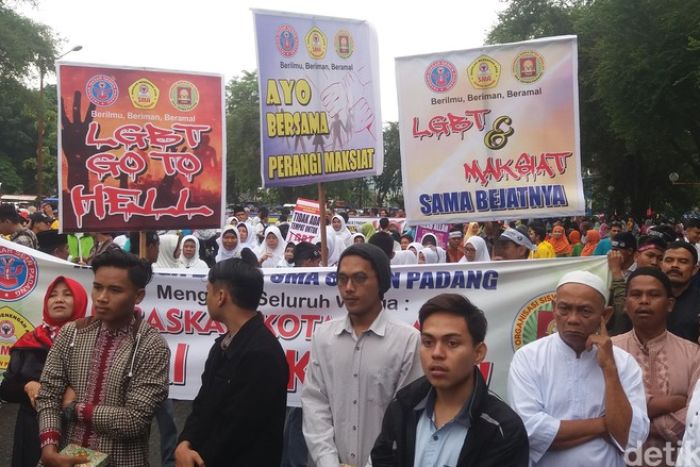 APPROXIMATELY four years ago, President Joko Widodo of Indonesia urged the police to protect all minorities including the LGBTs. But a recent article on Vice concerning how Indonesians have resorted to believing that exorcism can turn LGBTs straight, shows that there still is some hostility towards the community.

18 same-sex couples were arrested by Padang police in the period between November and December 2019, and all were forced to partake in exorcism. A man who assists the local government in these exorcism operations said, “We have an exorcism expert for LGBTs. Gay men are usually possessed by female demons. We also have a program that will allow transgenders to train in the military.”

Slapping the homosexuality out of patients

In movies, a typical exorcism will involve someone who people believe is possessed by something supernatural, and a preacher who’d recite verses from a holy book to get rid of the “supernatural entity”.

In Indonesia’s LGBT exorcism processes, things can get physical. According to Vice, LGBT exorcisms performed in Medan involved, slapping, massaging and bathing the patients in holy salt water.

Syifa (not her real name) told Vice that she underwent this exorcism therapy, and she was trying her best to hold her laughter throughout - as she found the whole idea of it hilarious. She said, “It was just so dumb to me, but I tried to appreciate what they were trying to do for me.”

Syifa who also stated she’s sure she isn’t possessed, just bisexual, is not in a relationship with another woman. At these conversion centres, Syifa said she heard screams and people being whipped in other rooms. “I was lucky they didn’t do anything like that to me,” she said. Paul Yong gets 13 years in prison, two strokes of cane Real held by America in US friendly

5.Real held by America in US friendly