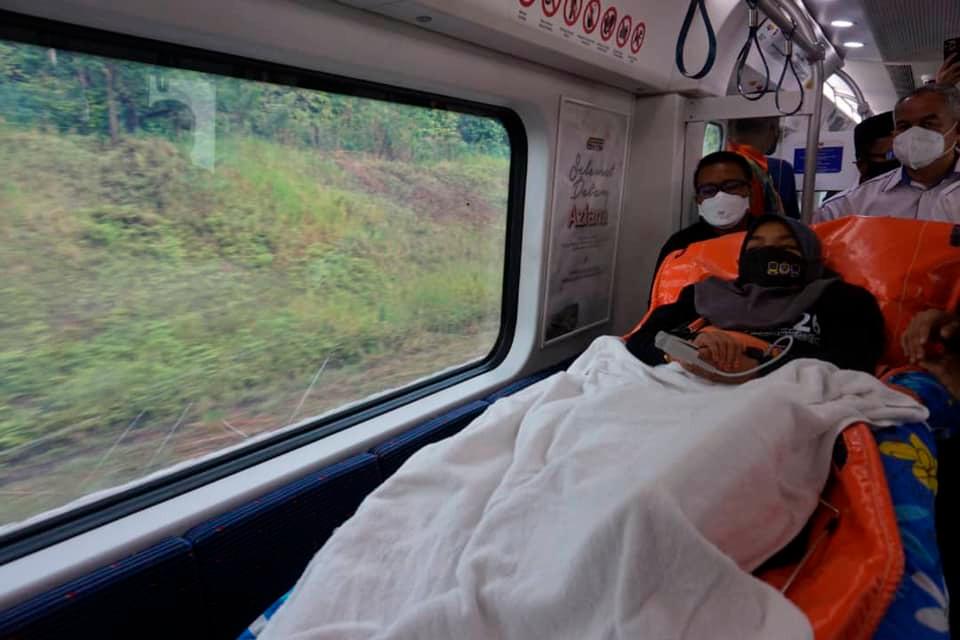 A train ride may appear to many as simply another form of transportation, but for bedridden Aziana Shaari, it is a once-in-a-lifetime opportunity.

In a Facebook post on Wednesday, 24 November, the railway operator shared that they decided to fulfill Aziana’s dream after reading about her simple wish in Kosmo! last month.

According to New Straits Times, Aziana’s mother, 50-year-old Fatimah Hashim, expressed her appreciation to KTMB for fulfilling her daughter’s dream, as she has been bedridden for the last eight years.

The report added that two Red Crescent ambulance paramedics accompanied Aziana during the train ride as the girl has multiple health complications.

It was a touching scene when the train made a short stop near her village, where her relatives and neighbours gathered to greet Aziana from outside the railway track’s fencing.

The teenager lost her mobility eight years ago when a concrete wall under construction collapsed and fell on Aziana, who was playing nearby behind her home.

The concrete wall had crushed her spine, leaving Aziana completely paralysed from the waist down.

KTMB chairman Datuk Musa Sheikh Fadzir said the company decided to fulfil Aziana’s dream after learning about her lifetime wish to ride on a train.