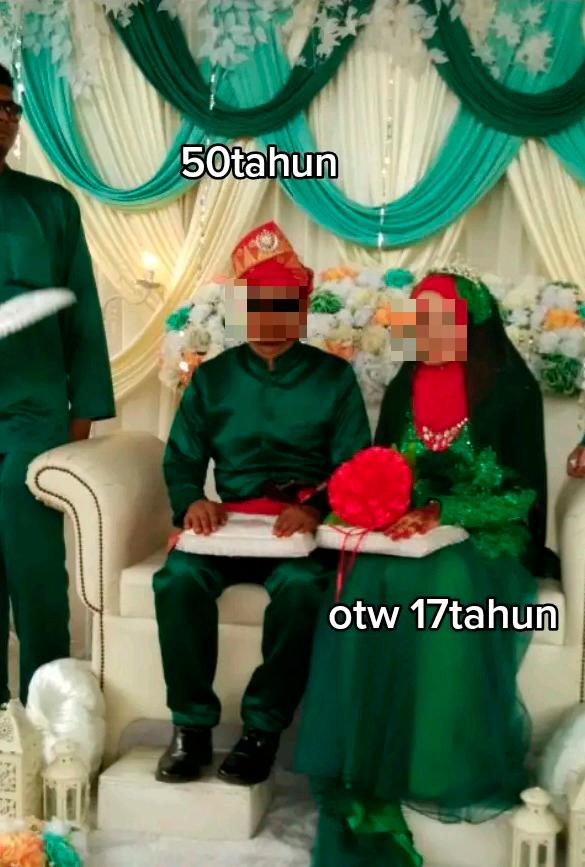 CHILD marriage in Malaysia has been an ongoing debate for many years due to its prominence in certain states which the people have called for the government to abolish the practice.

Netizens on social media have voiced mostly their concerns over a viral video of a woman’s story of getting married to her older husband upon turning 17 years old.

A Twitter post by @theiliaqilah called for the Minister of Women, Family and Community Development Datuk Seri Nancy Shukri to prioritise the ban of child marriage in Malaysia upon discovering a recent TikTok video of a woman who shared her experiences of being married at just 17 to man 33 years her senior.

“Just saw a video of a 50-year-old-man marrying a 16-year-old-girl. I hope the newly minted women minister @NancyShukri will make child marriage her first priority. Our children deserve a future,” she said in her post.

In said TikTok video, the now 23 year old woman who posted it explained how she met her husband in 2015 at 16 years old and finally got married to him upon turning 17 years old, to her 50 year old husband at the time.

Some netizens were disheartened by the video.

“The purpose of the video was to actually show how they overcame many struggles during their marriage but still people should not romanticise child marriage,” a netizen said.

“Married couples being there for each other is a responsibility. But she was barely 17 when she married him and had dated him since 2015. You call this a happy union? Sorry, I call this grooming,” a netizen added.

“After fighting for #Undi18, it it time for us to fight for #Kahwin18! No compromises!,” a netizen suggested.